5 Things We Can Learn From Joe Wicks About Personal Branding 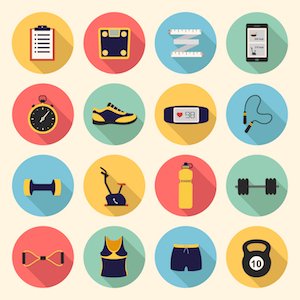 Joe Wicks, author of the ‘Lean in 15’ books, recently announced that he is now turning over £1 million a month. Not bad for someone who made his name almost entirely on social media.

Wicks, aka The Body Coach, has made a living out of lifestyle advice – guiding people on what to eat and how to exercise.

His books promise to reveal “how to shift your body fat by eating more and exercising less”. He also offers a 90-day body transformation plan, at a cost of £147.

Both ‘products’ have been huge hits. His first cookbook, which came out on 28 December 2015, went on to be the bestselling non-fiction work of last year in the space of three days. Meanwhile, his fitness plan gets around 400 new sign-ups every day.

Suddenly the £1 million turnover makes sense. His success has forced him to open his own office, in which 50 employees are tasked with protecting the personal brand he has worked so hard to build.

But just how has he managed it? As the Guardian puts it, two years ago Wicks was a “down-on-his luck personal trainer who spent his days either running sparsely attended bootcamps or fruitlessly flyering outside train stations”.

According to the man himself, it boils down to perseverance, hard work, and having a passion for what you do.

He told the Guardian: “Nobody wants to do the tweets. Nobody wants to write 60,000 tweets and post 1,000 videos when they’ve got no followers. People think you’re mad. But it pays off in the end.”

Whatever you think of Wicks, it’s hard not to be impressed – especially as a social media marketer.

Wicks suggests that he now spends most of his time on Snapchat, although he credits Instagram as the platform that “changed my life”. “I’ve jumped from Twitter in 2013, to Instagram in 2014, and started getting into Facebook and YouTube a little, and one day I just got on Snapchat and I love it,” he told PR Week.

It’s little wonder that he has found such a good fit in Snapchat, given that 70% of the users on there are under 35 years of age – Wicks’ target audience.

What can we learn from Wicks about personal branding and social media?

The enthusiastic personality you see in the videos is in keeping with what Wicks is like in real life, according to those that have interviewed him. Wicks understands that it wouldn’t be sustainable to project a fake image, although he admits he accentuates parts of his personality for effect sometimes.

“I’m much more chilled out in real life. The Body Coach on social media is a character. People always think I’ll be going, ‘Bosh!’ and bouncing around like a hyper, but that’d be too much,” he told the Guardian’s Stuart Heritage.

Wicks is known for his catchphrases, such as “Guilty!”, “Bosh!” and “Wallop!”, which has seen him dubbed “the Jamie Oliver of the fitness industry”. He said he’s experimented with a less enthusiastic delivery, but it’s not been all that well received.

In the two years Wicks has had an Instagram account, he has made over 6,500 posts. That’s about nine posts a day, according to our maths. We can’t find a post that has had less than 2,000 likes, while his videos tend to notch 120,000 views. Who said that users are being fed more content than they can keep up with…?

“I work as hard as I can and get out as much content as I can. I was giving out hundreds of hours of content and people were so excited they were pre-ordering the book three or four months out,” Wicks explained.

Wicks is now bordering on a household name – with the younger members of the household, at least – but he wasn’t an overnight success. He admits that it took him a while to build a social media following, which meant learning along the way. He built up quite the head of steam once he got into his stride, although it wasn’t without sacrifices.

He said: “My friends were telling me, ‘You’re boring, why are you on Instagram all the time?’ I was like, ‘I’m growing a following.’ I wasn’t talking to my girlfriend much either and it was really hard for her to get used to that. Every day I’d post new recipes for breakfast, lunch and dinner.”

5. You’ve got to educate your followers, not sell to them

If you want people to stay on board with your journey, you’ve got to be feeding them content that has actual value in it. For Wicks, he clocked onto people having been “brainwashed” into thinking that the only way to burn fat is to do two hours of cardio and drop their calories to under 1,000 a day.

“I try to inspire people with the right message at the right time,” he said. “[The message is] have fun, live your life, don’t cut things out, socialise, and make the right food choices,” he said.