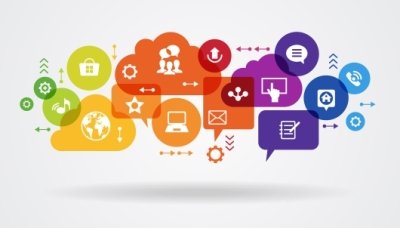 Looking from the outside in, you might assume that large organisations need not think about content marketing too much, as their products alone are enough to drive people to where they want them to be. However, the very fact they have taken their business to those lofty heights is built around ambitions to be more than just a producer.

Content marketing allows a brand to move into the world of publishing, where they can build a reputation for being a voice within their industry as well as a manufacturer. You don´t have to think too hard to see the benefits of giving your products some leverage and attention via such publications.

Some organisations may have their partners to think about, too, and content can be deft way of linking them with the appropriate section of their target base. From a business perspective, Manchester United is a fine example of this – reaping the rewards of connecting the club´s 659 million worldwide followers with its sponsors.

The club recently announced a shirt sponsorship deal with Chevrolet, which is worth £50m a season alongside its Adidas kit deal which begins in 2015 and is worth a record £75m a season.

Sure, the sponsors will recognise how consumers (its fans) will go out of their way to feel connected with the club – but they also note Man Utd´s success in joining the dots between fans and sponsors through engagement as part of its digital marketing campaigns.

Scammell says social media is one of the most effective channels for turning followers into “addressable individuals”. With fans globally having generated more than half a billion interactions on Facebook alone since joining the platform in 2010, he says the key to building customer data – that can be passed on to its partners – lies in engagement.

Supplemented with clever content, the club can target people in different languages and countries and across different demographics – not too shabby in terms of scope, then.