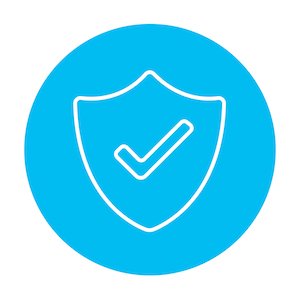 When a reader clicks through to your content, they’ll be wary about what they’re reading. They won’t just take everything as gospel, they might even look elsewhere for reassurance that your content is based on fact rather than fiction.

It’s up to you to convince them that your content – therefore your brand – can be trusted.

If they get an inkling that your content is masquerading as an advertorial, they’ll be off. And who could blame them?

The older they are, the more likely they are to not take your content at face value, research from Neilsen suggests.

Just 55% of people aged 65 and over said they ‘completely or somewhat trust’ editorial content, compared to 68% of millennials (aged 21-34). To put that into perspective, 79% of the over 65s and 83% of millennials said they entirely trust recommendations from people they know.

Forbes contributor Brian Sutter writes that in order to create content that people can trust, you need to follow a few guidelines consistently:

As you put pen to paper, your primary goal should be to serve your audience. Some firms don’t make it until the second paragraph before they’re talking up their brand, but that only serves to make the reader immediately suspicious. “Oh, so that’s why they’re telling me this,” they’ll think.

Content has always got to be about giving the reader something they can put to good use, helping them make positive associations with your brand. That’s where the value lies for your business.

If you’re going to make an opinion, try and base them on facts. That’s what makes an argument convincing. There’s so much research to be found – in every industry – you shouldn’t have too much trouble backing up your opinion, regardless what point you’re trying to make. It might require a bit of digging, but it’s all in the name of getting your customers, or prospects, to believe what you’re telling them.

“There are two sides to every argument” goes the old adage. It’s true, though. If you’re trying to make the case for one side, you still need to offer up the alternatives. While subtly trying to convince the reader one way or another is fine, you’ve got to let them make their own minds up.

Consider including other people’s opinions in the name of keeping things balanced, even if you don’t necessarily agree with them. It’ll lend some much welcome credibility to your content.

Making a spelling or grammatical error in a piece of content is more serious than you might think. Just ask the Guardian. To this day, it is nicknamed ‘The Grauniad’ due to its reputation for typing errors.

For whatever reason, people remember spelling and usage errors. Even if the error is harmless enough, it will dent your credibility, so proofread, and then proofread again. Here at M2 Bespoke, all our writers are paired up to edit each other’s work.

Your content’s credibility depends on how attractive and functional your website is. In a Stanford study of 2684 people, participants were asked to assess two websites; site design was found to be the feature reviewers considered most important when evaluating which site was most trustworthy. So, if your website is not up to scratch, that might be enough for people to avoid your content altogether.

In content marketing, trust is everything. If readers get a hint that they’re only there to be sold to, they will not hang around for that call to action!