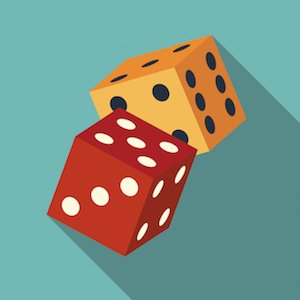 There are countless quotes to be found about taking risks, from Mark Zuckerberg’s “The biggest risk is not taking any risk…” to Jim Rohn’s “If you are not willing to risk the unusual, you will have to settle for the ordinary”.

Such wisdom is often unheeded by content marketers, however, who’d rather play it safe in the name of guaranteed results.

But, given that everybody and their dog are producing content these days, isn’t there an argument that it’s far riskier to just go with the norm?

I guess what I’m saying is an amalgamation of both Zuckerberg and Rohn’s musings, in that following the crowd will only serve to see you disappear amongst the masses.

Think about the last great piece of content marketing you read: I’m willing to take a punt on it being a little more experimental than you’re used to seeing.

We live in a world where being a bit different is applauded. Okay, not everybody is open-minded as you and I, but for the most part, people are appreciative of unique qualities – and that extends to content.

Rarely do brands make their stance on a debateable issue known, through fear of some of their customers disagreeing with them.

The trick, however, is to pick and choose what issues you remark upon – staying well away from anything too political.

Try and stick to matters within your industry too; if you ‘pipe up’ on something that doesn’t concern you per se, your readers might conclude that you’re commenting for commenting’s sake.

In showing your customers that you’re prepared to take a stance, they might actually respect you more for voicing your opinion. Think of the potential engagement, too – even from those who don’t agree with that you’re saying.

2. Look into your crystal ball

As I see it, making predictions is a no-lose situation. After all, who remembers incorrect predictions a year down the line?

You make a bold prediction that bears truth 12 months down the line, however, and you can make sure your customers haven’t forgotten. It’ll do wonders for your street cred, helping your readers view you as something of a thought leader in your industry.

If you’re struggling to make some predictions of your own, see what others are saying and use their thoughts as some inspiration.

You know we said not to go near highly divisive topics? Well, that’s not to say that you should avoid them completely – perhaps just be the voice that introduces relevant, prickly issues to your audience, rather than imparting an opinion.

In doing so, you can engage your readers without making your brand vulnerable to attack. However, make sure that the topics put out for discussion are well curated: industry-relevant, of the moment and open to debate.

It’s not enough, however, to simply pose a question on social media – any posts on Twitter, Facebook etc. will need to link through to an article on your website which touches on the issue at hand.

4. Get on board early with new mediums

Every once in a while a new social media platform will emerge, prompting marketers to discuss whether or not they should factor it in to their campaigns. More often than not the answer is no, but there’s no harm in taking a punt once in a while.

Not everything will stick, but there’s little lost from trying. If a platform does take off, however, your brand will likely benefit from being an early adopter; it presents your business as confident and forward-thinking, plus you’ll know the platform inside out by the time everybody else jumps on board.

Signing up to a more established medium is just as much of a risk after all. Here, competition will likely be much greater than on a newer platform.