7 Effective Ways To Promote Your Blog On Social Media 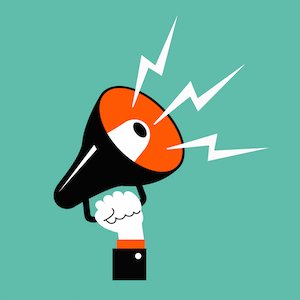 “There’s more than one way to skin a cat” goes the ugly and now somewhat archaic saying. While I’m begrudged to use it too often for those reasons, I can’t help myself if I see a brand on social media taking a one-size-fits-all approach to posting.

Without wishing to turn this entire piece into an idiom-fest, variety is the spice of life – and varying aesthetics can prove to be the difference between having your posts read and going unnoticed.

The social media platforms have recognised this too. Twitter, for example, introduced Premier League ‘hashflags’ to coincide with the start of the football season, while rugby fans are currently able to do similar in conjunction with the Rugby World Cup.

So, the next time you’re about to promote your blog posts on social media, consider whether there are any hashflags you can utilise – just don’t force the matter.

Here are some other ways you can go about sharing your blog posts, as provided by Search Engine Journal:

Your blog post will invariably quote a source somewhere within the piece. Is that source on Twitter or Facebook? You can count on it these days, so make the most of their presence by mentioning them in your post on social media.

Likelihood is, they’ll see that you’ve mentioned them and go on to re-share the post to their followers – it is a little ego boost for them, after all.

Some people choose to repost their original post with “ICYMI” preceding the message, but I think a retweet works better as it’s less direct, i.e. less reason for your readers to roll their eyes.

3. Turn your title into a question

Let’s face it, most titles are not particularly engaging. It’s amazing what a humble question mark can do, however – it can make people feel like they’re missing out on something if they don’t click-through to find out the answer, for one.

It might be a question that they’ve never thought about before, but curiosity takes over causing them to click through to your blog. In fact, the tactic works so well, some have even taken to putting the link in the middle of the update, although the benefits of doing so are questionable, I’d say.

This is something of a variation on the previous point, but it asks a little more from your audience. The best example of this is when a brand asks users to either hit “Retweet” or “Favourite” depending upon their opinion on the subject at hand.

You’ll be surprised how many of your online customers choose to get involved in the vote, even checking back a little later to see how their contribution fared.

If you like, you can use the vote results to compose a separate blog post, with the number of participants showing you how interested your readers are in the topic.

5. Throw out a few stats

Everybody loves a statistic. Listen to any news report or commentary and you will hear plenty – they help put things in perspective, after all.

Assuming your blog post comprises a few relevant stats, have them lead your social media update. Or maybe the blog post is more quote-led – pick out the most stirring and run with that.

Just don’t forget to link to the full blog post after the copy and paste.

6. Re-share an old post if it has new relevance

Every once in a while you will write a post that has added resonance a few months later. Perhaps you passed comment on a new trend or product that has blown up since? Providing your comments tally with reality, re-share that old post.

Not only is it handy in respect of repurposing, it might show you to be something of a visionary or thought leader, who is capable of seeing things before many others in the industry.

Not every post will, but (hopefully) every once in a blog article will spark an interesting discussion in the comments section. As long as the comments are not just made to disparage the post, make it known on social media that conversation is heating up.

Be sure to keep the conversation going yourself, both by making it known to your followers and by making comments yourself, thanking readers for their participation and affirming your opinion on the topic.

What methods do you use to promote a blog post on social media? The more unique, the better!