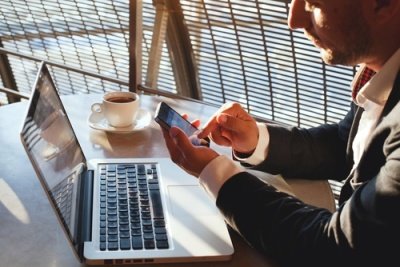 There´s an ongoing debate simmering beneath the surfaces at the moment around whether CEOs should actively get involved in their firm´s social media. The main argument on the “For” side is that CEOs risk losing touch with customers, whereas those against their involvement say that they would act as something of a distraction to a dedicated social media team. There have also been some high profile examples recently of senior executives getting involved with social media and undermining the good work done by the social teams they manage.

One of the strongest arguments we´ve seen is in an article on the exploreB2B website. Its author Glenn Gow suggests that CEOs shouldn´t be directly involved in social media, but that´s to not say they can´t use the platform to communicate with customers.

Gow says that firms should instead adopt an approach whereby they “capture the CEO´s material, content, and thoughts to create company content that can be repurposed across social media campaigns and channels”.

This allows the business to enjoy the best of both worlds, Gow argues. He says that by making content available for employee use, not only will it help ensure the company´s unified voice, but customers´ trust in the brand will also increase.

He adds that whilst CEOs have a large role to play in social media, “the CEO´s job is not to directly participate in social media”. Whilst that may sound like something of a conflicting statement, it´s better understood when you consider the CEO as the manager of the team, with the social media players carrying out his/her instructions to the best of their ability to achieve the desired company goals.

As Gow puts it: “As far as the CEO´s content usage across social media channels, it is the function of marketing to determine exactly how that content is used, and exactly how the CEO´s personal online presence (if in existence) is managed.”

How involved do you think a CEO should be in social media campaigns? Is letting a CEO loose on social media a disaster waiting to happen?