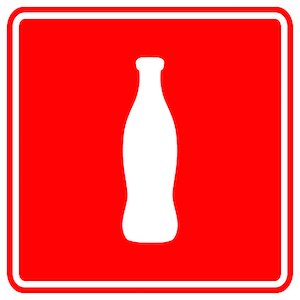 In these sugar-conscious times, the fizzy drink firm faces a tough task when it comes to marketing its products, but it seems to be doing just fine.

The IAB study, conducted by ICM Research, found that 20% of the 180 agencies and brands questioned believed Coca-Cola is “one of the brands doing social media particularly well”. That put it top of the table, with Nike (15%), Virgin (12%), Adidas (8%) and Innocent (8%) also doing a fine job on social media, according to the marketing professionals.

Alex Kozloff, the IAB’s director of marketing and communications, said: “The study revealed the industry’s top four tips for succeeding in social are: being relevant, setting clear objectives early, being authentic and credible and being adaptable.”

Kozloff acknowledged that the results were a little bit brand heavy, but he said that’s because they are “signature exponents of these principles”.

Interestingly, the study revealed an agency-brand spilt on what aspects of social media marketing are most important. While agencies felt like the budget was the more crucial element, brands believed that “engaging content” should be the primary concern.

I think I’d have to side with the brands in this case.

What was arguably most revealing from the study, however, was that over a quarter (28%) of the industry are not yet convinced social media plays an important role in the marketing mix. Meanwhile, less than half (43%) of the sample said they have integrated social campaigns into the broader marketing function.

Less surprisingly, half of brands have not sought to measure their social media marketing efforts – compared to just 18% of agencies who say they never do it. While it doesn’t come as any great surprise, it does beg the question of how do the non-measurers identify areas of self-improvement.

Of those that do go to the effort of measuring, 55% said they used engagement as a metric, followed by traffic (52%) and click-throughs (45%).

Kozloff wrapped up by pointing out that almost half of social budgets are now allocated to paid campaigns, with this figure expected to grow as brands become savvier with their data.

So, what is it that sets Coca-Cola apart? It’s incredibly smart with visuals, for one. It also favours quality over quantity and is quite prepared to let a week pass if it has nothing interesting to post. Although, it’s clear that it has a team manning its profiles each and every day, responding to followers’ queries and comments.

That isn’t to say, however, that it doesn’t have to put up with comments like the following: “Stop poisoning the world.” Still, Coca-Cola’s content is generating hundreds, often thousands, of shares in the face of such comments…

What other brands do you believe are doing social media marketing well?