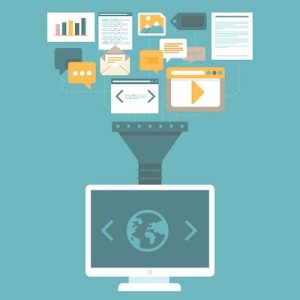 It can be a frustrating business, this content marketing lark. You can pour a healthy (or unhealthy) amount of time and resources into the writing of content only for it to seemingly have little impact.

Like anything, lack of visible gratification can leave you despondent and disappointed to the point where you question if it´s worth the effort. For instance, how do you feel when someone fails to thank you for a kind gesture? Sure, they may well be full of appreciation, but if there´s no perceptible signs of it you´re inclined to scale back your kindness a touch.

A writer will often experience similar feelings of “what´s the point of all this?” – just ask any novelist. But they will also tell you that keeping the faith will often see you reap the rewards you envisaged when you set out; sometimes even exceeding them.

Perhaps your writing/content just needs buffing up a little? The ever-informative Content Marketing Institute suggests a number of ways in which you can increase engagement, which might prove just the tonic.

Now, we´re not saying you can´t incorporate a delayed/drop intro from time to time – my first few paragraphs are proof of that – but more often than not it´s important to get straight to the point.

If you lose your reader in the first paragraph, good luck in trying to get them to see the article through to the end. Don´t leave your best stuff to the end, then. You´re not writing a play, after all.

Show your reader how the article is relevant to them from the first sentence. Using this article as an example (modest, eh?), I´ve tried to immediately connect with those marketers who are finding content marketing a bit of a slog. Has it worked? We´ll soon find out!

How much does the layout of a page mean to you when you set about reading an article? It really does matter, doesn´t it. Even the most glorious prose will likely go unread if it´s presented in block text, for example.

Throw in a few well-placed visual formatting techniques, such as:

See what I did there?

Not only must your text flow aesthetically, the sentences themselves must naturally follow on from one another. Give your thoughts a sense of narrative, taking your audience on a journey to the end of the piece, where a nice call to action will greet them.

Time-strapped readers might be inclined to scroll straight down to the end of your article to find out what it´s about in a nutshell (we´ve all done it). However, just because they chose to ignore the rest of your fine work doesn´t mean they are not prepared to engage with the piece – providing your conclusion is strong enough.

Alternatively, for those that have read your content from start to finish, you´ve got to make it worth their while. It if it concludes without a punch, your readers aren´t going to be climbing over each other to engage with it. So give it some oomph!

What does your audience think?

You´ll never know unless you ask. Throwing the debate out to the floor can prove a great way to encourage engagement. Given how easy it is to toss a question out to your audience, we´re always shocked to find that not everybody is remembering to latch on a poser to the end of their content.

One of the key objectives of any content is to get your audience to think. Asking and answering questions is one of the most simple (and effective) techniques for teaching critical thinking and building knowledge. A lone question in closing helps to produce this response.

Push the boundaries a bit

The Internet thrives on controversy and speculation, so don´t be scared to be a little speculative once in a while. We´re not talking libellous here, of course, but be prepared to discuss things which might happen, rather than stuff that already has.

Give your readers your brand´s take on the latest developments and news within your industry, which will (hopefully) prompt them to respond with what they agree and disagree on. Just apply a bit of common sense when it comes to deciding what issues you´re going to offer your opinion on. Partaking in some political debate, for instance, might not be the wisest move, as you have the potential to upset large parts of your audience…

Disclaimer note: We are not responsible for any trouble you find yourself in following an ill-thought-out post.

What have you found to work well in terms of engagement?