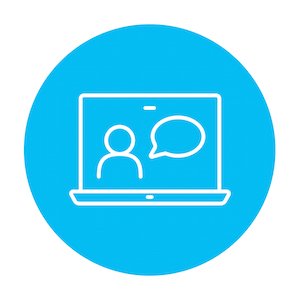 Today’s consumers aren’t necessarily inclined to pick up their phone if they experience an issue with your goods or services – they’re just as likely to head straight to social media to tell you and all their followers the problems they’ve been encountering.

Ovum research reveals that 70% of consumers would use channels other than the phone if they felt confident they could get resolution on the first attempt.

The worst thing you can do is ignore the complaints, for reasons that don’t need spelling out. However, studies suggest that 59% of questions and complaints on Twitter go unanswered.

So why is it that businesses are still not taking social customer care seriously?

Perhaps it’s due to budgetary reasons? But social customer care costs 70p per interaction while phone support costs at least £4, according to NM Incite.

Maybe it’s because they rarely get any questions or complaints? All the more reason to reply to stop it becoming a more serious issue.

Or maybe the company can’t acknowledge that the grievance is valid? Not all customer complaints are well founded, but a courteous reply is still necessary to put the customer straight.

Social Media Examiner have kindly compiled a guide on how to handle customer complaints via social media, which is a must read for any firm with a presence online:

1. Reply within an hour

That might not seem like very long, but once a customer has made a complaint, mentioning your company directly, they’ll be keeping one eye on their ‘Notifications’ tab – you can be sure of that. Don’t keep them waiting too long, or they might go and follow up their initial tweet with a further complaint.

2. Begin with an apology

Even if the customer’s complaint isn’t valid, start your reply with “Sorry”, even if it’s “Sorry that you’re having troubles”. If the customer is right in their assertions, the second half of your post will comprise making the issue better. If the customer is incorrect – it happens, Harry Gordon Selfridge – rather than offering a snarky reply, politely guide them in the right direction.

3. Take the complaint out of public view

Once you’ve acknowledged a customer’s complaint, offer to carry on the conversation via direct message or over the phone. This means you are not confined to a character limit when answering the complaint, while also showing the customer that you are prepared to spend some time resolving their issue.

You might have noticed brands ending their social posts with an individual’s initials when responding to customers. The benefit of doing is to show they’re issue is being taken seriously by an actual human being, as opposed to a bot clearly having made the response. Personalise your responses further by addressing the customer by their name.

While initialling responses naturally makes the interaction more personal, try not to take any negative comments personally. That will cloud your responses somewhat and not play out well on social media. It’s for this reason that many firms choose to outsource their social media.

Social media executives aren’t going to have a knowledge of how to put right every single complaint made on social. That’s why it’s crucial to have an escalation policy – a document that helps social media staff work out who to contact in the company when handling complaints. It also reads a lot better when you start your reply with “I’ve just contacted our expert on the matter…”

If a customer asks you a question your company simply can’t answer – perhaps you don’t stock the particular product they’re looking for – consider suggesting a company who can. Companies don’t always like the idea of putting customers in the hands of another firm, but it can actually increase trust, which makes it worthwhile in the long run.

Once you’ve put right a complaint, leave it a couple of days before reaching out to the customer to see if they were happy with their experience. They won’t always be, of course, but in such cases it shows you where you can improve, and maybe, just maybe, they’ll forgive you anyway for taking the time to follow up.

Once you start a conversation with a customer about their issue, anybody who clicks on your timeline and endeavours to click the tweet will be able to see the nature of the complaint plus any responses. Once the conversation has wrapped up, don’t delete the complaint to bury any negative comments. Keep them for all to see as evidence that you care.

Not everybody will go the effort of including your Twitter handle when they have a grievance. In fact, as many as one in three tweets containing company names don’t include their Twitter handles, according to Mention. That means you’ll have to search out indirect mentions to really keep on top of customer complaints and questions. There might even be some nice mentions in there…

Social Media Examiner’s guide doesn’t go into how you should reply to inaccurate or ill-judged customer complaints. That’s something we shall be examining at a later date. We’d be keen to hear your thoughts on this before we put together the blog!