What #DrummondPuddleWatch Told Us About Live-Streaming in 2016 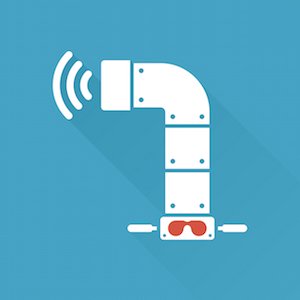 Was last week’s #DrummondPuddleWatch the start of the live-streaming revolution? If the event passed you by, a live stream of a puddle of water in Newcastle saw as many as 50,000 people at once tune in to watch people negotiate the everyday obstacle.

If that description has you scratching your head, confused over what all the fuss was about, we wouldn’t be surprised. It really was one of those “you had to be there” moments, which, according to the Periscope user who set up his phone to record the puddle, was not intended to go viral.

The puddle cam was initially set up by copywriter Steve Wilkes for his and his colleagues’ own amusement, but before long tens of thousands of people were watching with them. Things started to go downhill when a local viewer headed down to the puddle site with an inflatable lilo under his arm. That marked the beginning of the end for the UK’s most famous puddle.

However, its legacy could live on still, if #DrummondPuddleWatch marks the year in which live-streaming went mainstream.

The power of live-streaming apps was illustrated further last week, with those at the site of the Liverpool bomb scare able to broadcast the scene before professional news teams had time to react. Thankfully, the incident was brought to a peaceful conclusion, and only acted to underline social media users’ appetite for live video.

Can brands capitalise on the rise of live-streaming?

Statistics suggest it could be a while until businesses everywhere are using live-streaming apps like Periscope and Meerkat as part of their marketing efforts. According to GlobalWebIndex (GWI), about 1.5% of consumers globally are engaging with Meerkat and just under 2% are using Periscope.

However, GWI is also of the opinion that the potential of live-streaming apps is clear, pointing out how video content is enjoying greater prominence on the likes of Facebook and Twitter than ever before.

Meanwhile, with more and more people using ad-blocking software on their mobiles, native advertising is becoming increasingly important in terms of engaging consumers.

In fact, 40% of the young mobile users (aged 16-34) questioned by GWI said they are watching native forms of video on their smartphone more frequently than they were 12 months ago. Of that group, 26% expressed an interest in watching video broadcast by brands. While those figures don’t exactly scream at brands to get on board with Periscope and Meerkat, it suggests it won’t be long before the statistics are strong enough to force their hand.

Some already have, of course. US retailer Target being one, which spoke of using Periscope “to give guests a peek behind the curtains of our design partnerships”.

While the stats might not make a compelling argument to sign up to Meerkat or Periscope right now, there is an opportunity for those businesses who are early to adopt the platform. According to a study by Verizon Enterprise Solutions, early technology adopters are more likely to experience better business outcomes, including increased revenue growth and market position.

So how can you use the new platform to your advantage?

1. Go behind the scenes

Just as Target suggested, there is value to be sought from showing customers what your business looks like behind the scenes. It’s a chance to show the world what makes your brand unique and that the impression of your company culture that you present on other social channels tallies with reality. Today’s consumer cares only for brands that are authentic – live-streaming can be used to show that your business is trustworthy.

Using live video to announce a new product is a great way to create a sense of anticipation around those new offerings. If you don’t think your products are fitting of a live announcement, take a look at US fast-food chain Taco Bell for inspiration – it hosted a mock press conference about its new breakfast menu item and the associated “Breakfast Defector Day”, with reasonable success.

3. Let an influencer take the reigns

As far as many people are concerned, influencer marketing is the “next big thing”. Live-streaming is particularly well aligned with this new marketing phenomenon. For example, an influencer can take over a brand’s live-streaming account, bringing all of their fans with them and exposing them to the brand in a favourable light.

We’ve been urging our clients to create a Q&A page on their website – as part of their content marketing strategy – for a long time now. However, as essential as that is, it doesn’t allow for customers to ask further questions about your products or business. After all, you’re not going to have covered all their queries. That’s where live-streaming comes in, covering ground that has yet to be covered.

Will we be telling all of our clients to sign up to one of the live-streaming apps in the first half of the year? Probably not, but we don’t think it’ll be long before we are. It’s perilous business trying to predict what new technology will prove a success with consumers, but the potential of Periscope and Meerkat mean that it’s difficult to sit on the fence on live-streaming. Plus, Facebook has just got involved in the live-streaming space, too, announcing in December that all users will soon be able to transmit live video. And if the biggest social network in the world is in, then quite frankly so are we.