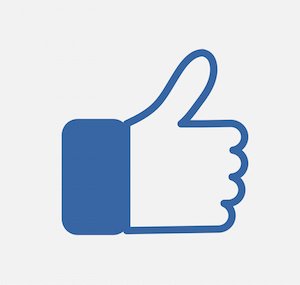 Do you consider yourself a publisher? If so, you’ll be interested to hear the news that Facebook is opening up its Instant Articles feature to anybody who wants to use it.

It felt like ages ago we were writing about Facebook unveiling the feature, which was initially made available to just nine publishers: The New York Times, National Geographic, BuzzFeed, NBC, The Atlantic, The Guardian, BBC News, Spiegel and Bild.

However, on April 12 – almost a year after it was launched – Instant Articles will be an option for anyone who considers themselves a publisher.

“Our goal is to make this work whether you’re BuzzFeed and the New York Times or you’re a local newspaper or a small blog,” says Josh Roberts, product manager for Instant Articles.

So, what is Instant Articles and what value does it add?

Well, research suggests that consumers are now more likely to browse the web on their smartphone than they are their desktop PC – especially if you’re under the age of 25.

The study I’m referring to is from Ofcom last year, which found that 33% of Britons now see their smartphone as their most important internet device. Laptops, meanwhile, were the preferred device for 30% of Britons, indicating a shift that’s only going to grow more prominent as the months and years pass.

However, as anybody who has browsed the internet on their mobile will tell you, loading times on the mobile web are still not as speedy as desktop web loading times, especially if the user has an issue with low connectivity. If you’re a publisher, that’s far from ideal, as the longer people have to wait, the more inclined they are to click – or press – away, before the requested article has a chance to open.

That’s what Instant Articles proclaims to solve; by reducing loading times, Facebook says it is making it “fast and easy for all publishers to reach their audiences” on the platform.

Not only that, Facebook also promises publishers “full control over the look of their stories, as well as data and ads”, whilst at the same time they will have access to a “rich suite of multimedia tools to create dynamic, interactive stories, that will load quickly everywhere on Facebook”.

“Instant Articles uses the languages of the web and works with publishers’ content management systems, and we have documented an open standard that is easy for publishers to adopt,” Facebook confirmed in a blog.

Meanwhile, Roberts is quoted as saying that the initial response to Instant Articles has been largely positive, with users more likely to click and share articles that use the format, meaning they’re likely to show up earlier in users News Feeds, driving more traffic to publishers’ sites.