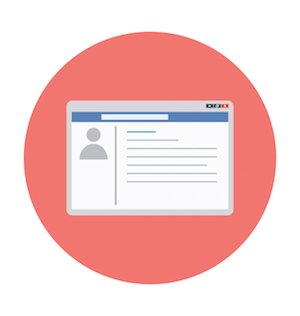 We don’t have to wait too much longer now to find out what our customers really think of our content.

In a conference call with analysts this week, Facebook CEO Mark Zuckerberg confirmed that its emoji-style Reactions, which have been tested extensively by users in Spain and Ireland, will be everywhere “pretty soon”.

Explaining the need for more complex emotions on Facebook, Zuckerberg said: “When you only have a like button, if you share a sad piece of content or something that makes you angry, people may not have the tool to react to it.”

So, alongside the traditional “like” button, users will now be able to mark a post with “love”, “haha”, “wow”, “sad” or “angry”. Facebook had also been trialling a “yay” button, but pilot users have since suggested it doesn’t add anything to the party that the “like” button doesn’t already offer.

What will the new additions mean for marketers?

Reactions could prove to be an exciting addition for us marketers who use Facebook for the purpose of content and social media marketing. To build on my first sentence, it will potentially throw up far more complex data on our customers than we’ve ever had before.

Until now, all we’ve had to go on is the number of “likes”, but they are becoming increasingly difficult to reap value from in terms of feedback. Reactions, on the other hand, will give us the opportunity to learn far more about how well received our posts are by customers.

In theory, by giving users a number of different options on how to react to a post, it will mean they won’t mindlessly hit a button, as has become the case with the “like” button.

However, maybe that’s me being a little too optimistic and people won’t express themselves as honestly as we hope they will.

What do you think – are we right to be getting excited about Reactions?