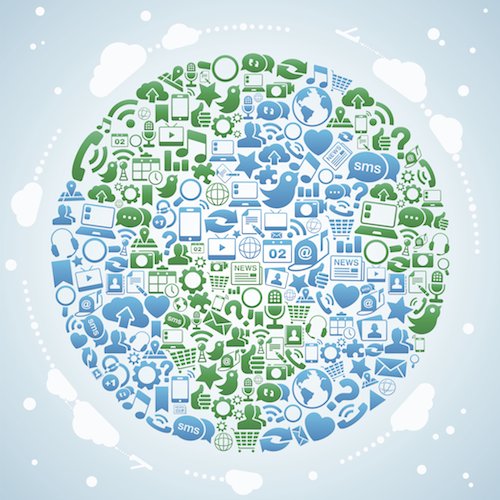 There´s no stopping social media, is there?

Although social networks globally may have slowed down in terms of user acquisition, members of social channels are still going to rise in numbers in 2014, according to the latest report I came across from eMarketer on the world´s use of Internet, broadband and social networks.

For 2013 as a whole, the number of active social media users who use their accounts at least once per month is estimated to reach 1.61 billion across all platforms for access. Compared to 2012, this is a 14.2% increase in the number of social media users. eMarketer forecasts that the double-digit growth is set to keep its pace in 2014. By 2017, 2.33 billion people are expected to be using social networking sites.

At present, social media penetration in developed markets stands at around 60% of the population. The country with the highest proportion of social media users is the Netherlands, with 63.5%, followed by Norway, at 63.3%. Other nations where social sites generate visits from more than half the population include Sweden, South Korea, Denmark, the US, Finland, Canada and the UK.

The highest growth rates are expected in developing markets, with India leading the way. eMarketer expects that social media user base in the Asian country will increase by a staggering 37.4% this year. Other countries where social media is expected to soar include Indonesia, at 28.7%, and Mexico, at 21.1%.

With new and interesting tools and features popping up on these sites all the time, it seems that social media channels are fighting to stay on top and win new audiences – they´re not resting on their laurels, that´s for sure. Do you know anyone that isn´t a social media user? And what would it take for them to join up?