Hashtag Hijacking: Is It Worth The Effort? 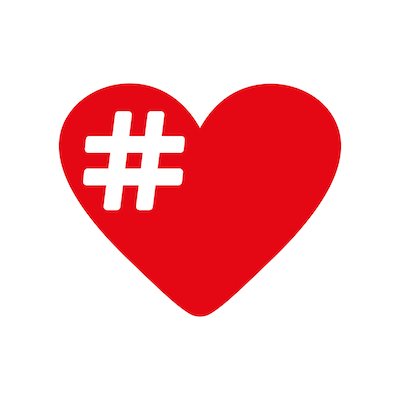 There´s no right or wrong time to capitalise on a media phenomenon. Instead, it often boils down to whether or not your gut is telling you if it´ll prove correct to participate in a trending topic.

Topics of discussion which naturally align with your brand are not likely to come round too often, so more often than not you´ll have to force the matter, but the outcome can make the creative effort more than worthwhile.

Alternatively, however, brands have been known to get it wrong – sometimes very wrong – when they´ve looked to profit from a trending topic.

On this occasion, Carlsberg seems to have hit the sweet spot with its digital ad which asks consumers if they are “beer body ready”, playing on the much talked about “are you beach body ready?” Protein World campaign.

As Marketing Week reports, the beer brand had to act quick with the Advertising Standards Agency taking the decision to ban Protein World´s ad, which appeared throughout the London Underground last week, after hundreds of complaints.

Dharmesh A Rana, senior brand manager for Carlsberg, told Marketing Week how being “quick off the mark” has paid dividends for the firm.

He said: “We´ve had a really positive reaction to the ´beer body´ campaign so far, and we feel the messaging we´ve used and the way we´ve positioned the advert means that we aren´t creating a positive or negative stance around the Protein World campaign, we´re just taking advantage of the natural media interest in the campaign to push our brand values.”

Rana stressed that to successfully capitalise on stories such as this one, brands need to be extremely clever, whilst having the resources to be able to concoct the “ingenious” in quick time.

The reward comes with customers sharing their appreciation for your quick-but-smart campaign with their friends and family – ideally thousands of times over.

For brands that perhaps don´t have the resources to deploy a digital ad on one of the world´s most well-used transport links, there´s always hashtag hijacking.

Trending topics on social media platforms like Twitter and Facebook may emerge from sporting events, natural disasters, or viral funny jokes. Trending topics are a useful and playful part of the social media landscape, presenting brands with a great opportunity to reach new consumers that would be unattainable via any other means.

However, as is clear, there are a great number of unwritten rules when it comes to participating in a trending topic, with one wrong move potentially resulting in offending people on a large scale. Equally unforgiveable is posting something which makes readers roll their eyes into the back of their heads.

Is hashtag hijacking, or the content marketing equivalent, worth the risk, then? Or is it simply a waste of time, with a brand´s post likely to get lost in the masses anyway? We´d love to hear your thoughts.