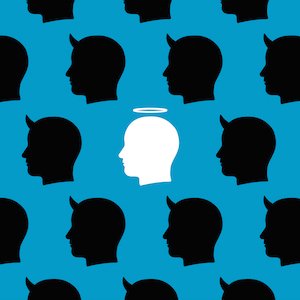 A shady social media strategy can cost you your right to advertise – not to mention your reputation. If you want to be liked on social media, be honest and transparent. Oh, and post some great content.

The Committee of Advertising Practice Code states that any advertising must be “obviously identifiable as such”, and violations can lead to Advertising Standards Authority sanctions.

Sanctions include businesses being told to withdraw advertising from their own sites, have paid-for search advertisements removed, and being denied access to advertising space.

Why are you telling me this?

Well, research by the Chartered Institute of Marketing (CIM) shows that over half (52%) of marketers have “little or no understanding” of the regulations affecting their communications on social media.

However, there’s no reprieve for ignorance, not in this game. Separate research from CIM suggests that brands are risking regulatory or legal action with their tactics on social media.

Here are the key takeaways from the ‘Keep Social Honest‘ study:

1. Some firms will stop at nothing to gain customers’ ‘trust’

Building the trust of your customers can take a good while, but so it should. However, CIM’s research suggests that some brands are willing to cut corners, even if it means breaking the law. A quarter of the consumers quizzed in the study said they had seen a brand fake an online review (up from 17% in 2014).

Meanwhile, 21% said they had seen a brand pay or incentivise consumers to share positive comments on social media without making this clear to other users (up from 14% in 2014), and 16% had seen brands pay someone to promote a product or service without disclosing the payment (up from 14% in 2014 ).

No great surprise, this: 38% of the survey respondents said they would lose trust in an organisation or would “turn off from it” on social media if they discovered that content the brand had claimed to be real wasn’t genuine.

Customers are, of course, going to suspect that a business has something to hide if it emerges that the content they have been served is fabricated. They’ll be asking why a business can’t generate some positive reviews, without having to make them up or pay for the privilege.

Social media isn’t the place for salesy, hard-sell marketing; it’s meant to be fun and engaging, not full of firms overtly trying to promote their goods and services. The only way you’re going to increase your leads/sales via social media is showing your human side – blatant attempts at self-promotion aren’t going to reveal you to be a brand that puts their customers’ experience first.

Yet, just 19% of social media users say they distinguish between marketing and non-commercial content on the platform – up from 28% in 2014. Brands are blurring the lines, in an attempt to validate their social media presence. I was going to write “at users’ expense”, but I’m not sure that’s true. If you insist on posting salesy or fabricated content, users will just press ‘Unfollow’ and look for another firm to fill the void – while you will be left with a customer deficit.

So keep it honest, or just don’t bother.