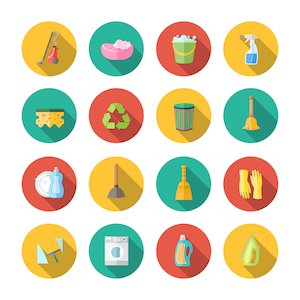 After you’ve stepped away from your Twitter timeline for an hour or so, can you easily play catch-up to see what you’ve missed? If your answer is no, then your Twitter account might be in need of a spring clean.

Failure to keep things nice and tidy can result in things going unnoticed – things that may well improve your branding – so even your online efforts need a polish from time to time.

For example, if a customer takes the time to give your brand a mention but you miss it because your notifications column is unmanageable, then don’t expect that customer to go out of their way for you again.

If you’ve been guilty of letting mentions go without any form of acknowledgement, it’s time to get to work on decluttering your account. The Social Media Examiner website has produced a guide on where to start:

Is there any point in following an account that has not been active since 2012? Probably not. Not only will it give you a bit of breathing space on the limit, it will show your followers that you value quality accounts and are not prepared to just hit ‘Follow’ on any old account. There are plenty of tools out there to simplify the job of ridding your profile of inactive accounts.

When you first entered the world of Twitter, you might have been flattered when a seemingly random user followed you – prompting you to follow them back.

However you probably knew when they first followed, and time has confirmed your suspicions: they have nothing relevant to say with regards to your industry or business. It’s time to unfollow them.

The truth is, they’re not adding value: they’re unlikely to give you a mention any time soon, nor are they producing posts worthy of a retweet; only serving to take up valuable space on your timeline.

Another way of separating the important accounts from the less-so is by creating lists. They are an excellent way of allowing you to focus on the accounts that provide the most interesting updates – updates which may form the basis of an idea, or an insight into your industry/customers.

You even have the facility to keep your lists private, which could prove handy if you decide to bring together all your competitors.

4. Smarten up your profile

Your profile information is not indelible – at least it shouldn’t be. Now I’m not saying that you should change your bio or profile picture once a month, but once in a while might be an idea.

In terms of your bio, the key is to ensure people know who you are and your expertise. If you want to be topical with your bio and show how your brand is relevant to the times, make sure your bio doesn’t appear out of date.

Ideally, your bio should be brief but interesting; accurate but astute. Also, while your main profile pic is unlikely to change very often at all, the header photo can be readily swapped and changed – as long as it is in keeping with your brand. It keeps things fresh: not just for your customers, but for your mindset.

Twitter now lets you pin a tweet at the top of your profile. While we were a bit suspicious at first, what with the first tweet welcoming new users potentially being a few months old, the feature soon won us round.

That’s because it allows you to immediately show those new users what they can come to expect from following your brand. Alternatively, your pinned tweet can send people directly to your website or a target page, although that’s not necessarily what it was intended for.

To avoid new users getting the wrong impression, we’d suggest changing your pinned tweet every week or so.

Every once in a while, a tweet with a typo will slip through the net. There’s inevitability about it, especially if you’re live tweeting at an event, for example.

Therefore, once a week, spend 15 minutes going through the updates you’ve made in the last seven days and filter out any tweets that look a little unprofessional.

When was the last time you cleaned up your Twitter account? Can you recommend any helpful tools that you used?