How Brands Can Use Rio 2016 To Achieve Content Marketing Gold 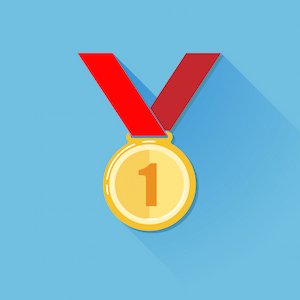 Who can forget the hair-raising buzz that surrounded the London 2012 Olympics? Four years ago, it was arguably social media that took the gold medal for driving marketing efforts around the Games, but this year we believe that it’s all about the content.

So, what has Rio 2016 got to do with a business’s content marketing efforts? The much-anticipated Games aren’t just a chance for our favourite athletes to flex their biceps and dazzle with their talent, they offer the opportunity for brands to hang on tight to the coat-tails of their immense popularity and generate a little bit of content marketing magic.

However, despite the inspiration afforded by Rio 2016 to inform your marketing plans, businesses need to be careful they are practicing ethical content marketing or they risk incurring the wrath of the International Olympic Committee (IOC) – those who fight for the rights of the official event sponsors and may come down on you like a ton of bricks should you make the mistake of using any names, logos or images associated with the Olympics in your content marketing efforts.

Fortunately, as Nike demonstrated during the 2012 Olympics with their ‘Find Your Greatness’ video campaign, all it takes is a little creativity to capitalise on the Olympic connection without over-stepping the mark. The video neatly side-stepped the fact that it couldn’t include any obvious trademarks and instead focused on the spirit of the Games and the athletic talent of everyday people from around London and all over the world.

The stakes are high

The competition may be warming up in Rio, but when you compare it to the competitive content marketing landscape, it is but lukewarm. In fact, according to stats from Visible Measures, branded videos for Rio 2016 received triple the views of the previous two Olympic Games over the same period of time. The video analytics company also predicted that we can expect a minimum of 800 million views of branded Olympics content this year.

This is yet another reminder that there is more content on the scene than ever before and, consequently, more noise through which brands will need to cut. The volume of content around the Games has most likely also been affected by the recent amendment to the IOC’s rules which will now allow athletes to appear in promotional material from non-sponsors, but only as part of an on-going campaign.

This increase in content may not bode well for the sponsors, but it certainly benefits the Olympic Games themselves, generating an ever-greater buzz. After all, consumers don’t much care whether quality content comes from sponsors or non-sponsors, they are simply looking for valuable and engaging content that speaks to them.

Whether your business is large or small, making your content relatable appears to be the key to gold medal success when it comes to marketing on the back of Rio 2016. In fact, The Drum pointed out that official sponsor P&G intentionally stepped away from milking the Olympics trademark in order to build their ‘Thank You, Mom’ campaign around the theme of relatability. World-class athletes are out, mums are in.

The article also highlighted the fact that, according to Visible Measures, almost half (42%) of brand video campaigns this year tell an inspirational or heart-warming tale. There’s a very simple lesson in this: in order for your business to have the best chance of standing out from the content marketing crowd, your best bet is to tap into your customers’ emotions. And, as we always say, the key to doing this is to know your customers inside out.

If you need some help with raising your content marketing game, drop us a line at bespoke@m2.com and find out what we can do for you.