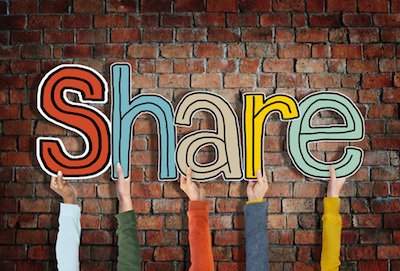 Of the content you are producing, what types seem to get the most shares? Joining the dots between your most popular content is a key part of any content marketing evaluation, but finding the time to make the link can prove tricky.

Here at M2 Bespoke, we set aside some time every month to stand back and decipher the correlation between the content which is being readily passed about on social media, ensuring our clients get a regular feed of Facebook-friendly articles.

However, we also understand that there is a balance to be found, with SEO also needing to be factored into any content marketing campaign. But as we´ve highlighted previously, shares are having an increasing impact on ranking, with Google acknowledging the growing prominence of social media.

For those that are a little time-strapped, though, we´d suggest absorbing the latest findings about what types of content get shared most. Social Media Examiner provides a nice round-up, which makes for interesting reading…

In 2014, social media users doubled their sharing activity on mobile, according to ShareThis, which churns out a report on this sort of thing every quarter. Smartphone users now spend 20% of their activity on their device sharing content, illustrating how consumers are increasingly favouring portable devices over desktop computers. In fact, sharing activity on a desktop dropped 30.2% in 2014, with people spending just 6% of their time behind their keyboards sharing content.

How do you think those figures are going to look next year? It´s only going to go one way, isn´t it? Google certainly thinks so… (We´ll explain all next week)

This might cause a few surprised looks, but Facebook continues to dwarf its social network counterparts, according to ShareThis. If that fact leaves you unmoved, is that still the case when we tell you that Facebook outstrips the sharing activity of its next closest competitor, Pinterest, by more than ten to one?

The research suggests Facebook can´t even make out Twitter in its rear-view mirror. We thought the fight for shares might be a bit more of an even contest by now, but is that because engagement has taken precedence over shares?

Instagram, which was not featured in the sharing part of the study, has a much higher rate of engagement, says ShareThis. This is backed up by a similar study from Forrester, which shows the image-orientated platform has an engagement rate of 4.2% – far superior to the 0.7% offered by Facebook. Twitter was even further behind.

So what´s more important to your brand: shares or engagement?

Our blog on Wednesday put BuzzFeed in the spotlight, with its listicles (which no longer requires inverted commas, don´t you know) proving inspiration for content marketers across the globe. When you look at the data, it´s not surprising to see why they were keen to corner this part of the market.

For six months last year, web-based marketing tool company BuzzStream and agency Fractl tracked 220,000 pieces of content from ten high-engagement and ten low-engagement businesses. They found the most shared content took the form of “listicles” and “why” content.

Take a look at BuzzFeed now and you´ll see their top posts column filled with content of this type – even combining the two at times, such as “29 Reasons Why”. It´s no great surprise really – given that, for many, the Internet is the place to go when you have a question that needs answering.

Here´s a “why” question from us: Why don´t we just start all content with a “why” then?

If only it was that easy… That said, creating a successful content marketing campaign isn´t as hard as some people will have you believe. Want to find out why? If the last finding is anything to go by, of course you do! Here at M2 Bespoke, we pride ourselves on making content creation look easy. So, if you´re finding the writing of content a bit of a slog, please get in touch.

Social Media Fails: How to Move on From a Slip-up