Social Media: It Ain’t All Bad 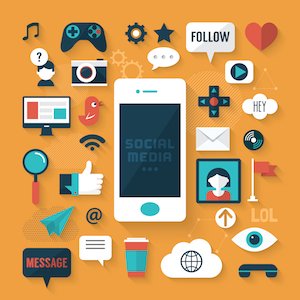 You don’t hear too much talk about teenage pregnancy rates in the UK anymore, do you? Why? Because social media happened, that’s why.

Social media is not always painted in the most positive light. Rightly or wrongly, it is blamed for making us more narcissistic; weakening real-world relationships; an increase in cyber-bullying; reducing our productivity; even making us fat.

However, its invention is not all bad, according to Prof David Paton, an economist at Nottingham University Business School. Paton was the first to make the connection between the rise of social media and the decline in teenage pregnancy.

“People appear to be spending time at home – rather than sitting at bus stops with a bottle of vodka, they are doing it remotely with their friends,” as he told the Telegraph.

Figures from the Office for National Statistics show that teenage pregnancy rates have almost halved since the birth of social media as a global phenomenon.

The rate of pregnancies among girls under 18 in England and Wales has dropped by 45% since 2007 and now stands at the lowest level since records began almost 50 years ago.

Isn’t it all a coincidence?

Paton shunned suggestions that it’s more likely the fall is the result of young people having better access to contraception, highlighting how the government has made cuts to sexual health services in many areas amid a period of major austerity.

While acknowledging that “nobody really knows why we’ve got this sudden change”, he backed up his theory by pointing out that a similar pattern is emerging in other countries such as New Zealand.

Back in 2012, Paton wrote in the journal ‘Education and Health’: “Millions of pounds have been spent by policymakers on numerous initiatives aimed at cutting teenage pregnancy rates.”

Parents, then, addressing their sons and daughters, might soon be saying: “Can’t you just chat to them on your phone instead?” as opposed to the old “Don’t you think you’ve been on that thing long enough now?”

Us social media marketers, meanwhile, don’t feel quite as bad for championing social media like we do now. It also illustrates the impact social media can have on behaviour – something to keep in mind when deciding where the annual marketing budget should go.