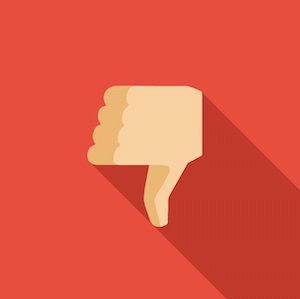 What moments stood out for you last year in the world of social media? One thing I’m sure we can all agree on is that 2015 put paid to the idea that there is no such thing as bad publicity. While some might disagree – Donald Trump could well be one – those brands and individuals who’ve fallen foul to social media in the past 12 months sure won’t.

Let’s get this straight: social media has the power to draw sought-after attention to your brand at quick pace. However, it can just as quickly have a devastating impact on your reputation should you make a misstep. Maybe 2016 is the year you add an extra layer to your social team to guard against a social media disaster?

What better place to start than with the man who has single-handedly provided a guide of what not to do on social media. As such, we were spoilt for choice when it came to singling out a Trump faux pas, but we liked The Week’s suggestion the best.

It highlights Trump’s attempts to present himself as the person to ‘Make America Great Again’. The US Republican presidential candidate inadvertently – or, more likely, his team did – used a picture of the notorious Waffen-SS to act as the backdrop to his ‘iconic’ image which called for ‘real leadership’.

What we learned: Be careful with stock images, people.

The little X by each of these phrases means these are @LouiseMensch's own searches and NOT autocompletes pic.twitter.com/k24QbtfLmN

How well do you know Twitter? Better than former Tory MP Louise Mensch I hope, whose lack of knowledge of the platform landed her in hot water. In an attempt to prove that Jeremy Corbyn’s supporters were making anti-Semitic comments to Labour rival Liz Kendall she posted a screenshot of Twitter’s auto-complete search feature. What she didn’t realise was that she was, in fact, showing the world what she had searched for previously.

What we learned: Know your platforms

The Protein World marketing fail might be the most memorable of 2015. The company fronted a campaign with the slogan “Are you beach body ready?” pitched alongside a model with an “unrealistic body image”, according to campaigners.

As you’d expect in this day and age, people took to social media to vocalise their displeasure directly to Protein World themselves. However, the firm did little to quietly quell the discontent, claiming that the UK is a “nation of sympathisers for fatties”.

@JulietteBurton and it's ok to be fat and out of shape instead of healthy? We are a nation of sympathisers for fatties #doesnthelpanyone

What we learned: Rarely is it a good idea to come out fighting.

Attention Penguins! With #MothersDay fast approaching, we were wondering… what are you getting #YourMum?

Who’d have thought that a campaign with the hashtag #YourMum would descend into silliness? Whether it was just a lack of foresight on Penguin’s behalf, or a deliberate play for attention, it certainly made us laugh, with social media users spouting filth about #YourMum.

Penguin quickly acknowledged its naivety, thanking people for pointing out the hashtag’s “alternative meaning”, but by then it was too late. Created for Mother’s Day, the hashtag had honourable intentions – how unfortunate it wasn’t allowed to make good on those intentions.

What we learned: Say your hashtags out loud before running with them.

When you send out a tweet, you somewhat assume that it will only be visible to those Twitter users who have chosen to follow you – a favourable audience. However, as E L James found out (the hard way), that’s not always the case.

Here’s our favourite response, however:

#AskELJames In Spain are you known as 'The James'?

What we learned: Get a second opinion on your ideas for social media.