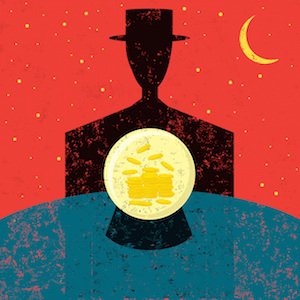 Is it me or does Christmas come earlier with every passing year? The same could be said of marketing trend predictions – forecasts for the forthcoming year were traditionally made in December, but it seems that it’s now never too soon to predict what will be the central themes in the not-too-distant future.

I suppose it makes some sense, as it gives marketers a little bit more time to get into planning mode, which is never a bad thing.

However, is the bringing forward of the trend-prediction piece merely a platform for some in the industry to later state “I said it first”? That’s not a criticism: in fact, making bold predictions is something I advocate, even if it is perceived as a bit of a risk. If you make the right predictions, you’ll be seen as something of a visionary – well, at least somebody who knows their industry anyway.

Forbes contributor Jason DeMers is someone who is rarely wide of the mark when it comes to SEO and online marketing. He has made seven social media marketing predictions for next year – let’s see how many of these come to fruition:

1. In-the-moment updates to become the norm

Do you schedule all (or most) of your company’s social media posts in advance? If so, you may have to rethink your strategy, says DeMers. He claims that users will come to expect “in-the-moment” updates, citing Periscope’s emergence as an example of how the times are changing.

2. Buy buttons will be get users’ approval

While Facebook and Pinterest have already introduce new “buy” features for their advertisers and users, it’s hard to argue that they are encountering everyday use by consumers. That’ll change, though, says DeMers who believes that by the end of next year nearly all social platforms will have the feature.

3. In-app functionality will keep audiences in one place

Social media users will soon have little reason to move on from the social media platform in which they’re browsing, thanks to the increasing functionality of social media apps. Social platforms will continue to improve their functionality in 2016, DeMers believes, allowing marketers to engage with their audiences on one platform.

4. New publication options will be available

Facebook’s Instant Articles, launched in May, hosts publishers’ content in its app’s News Feed so users don’t have to click out and wait for websites to load. Twitter and the like will follow Facebook’s lead, according to DeMers, as they strive to find a dynamic way to present material to the public.

5. Users’ decisions will be privacy-driven

There have been a number of high-profile data breaches in the last couple of months alone. Users will have noted these and make decisions on social media with them in mind. DeMers argues that one of the reasons Snapchat is such a hit is because messages are seemingly transient. Meanwhile, Facebook is introducing more privacy awareness tools for its users.

6. Brands will go out of their way for organic visibility

Facebook has hardly been kind to brands in the past couple of years, having effectively said ‘no more’ to free brand advertising in the News Feed, forcing people to buy advertising instead. However, with the cost of advertising to rise over the course of the next year, there will be a greater level of competition for organic visibility, DeMers claims.

When Ello arrived on the scene in September last year, it had a few people speculating whether marketers would have to think about getting active on a new platform. It wasn’t to be seemingly, and Ello’s limited popularity will act as a lesson to those thinking about rolling out a new social media platform, says DeMers.

“I expect we’ll see fewer small platforms as the big players race to gobble up the promising small fry, meaning you’ll have to worry about fewer up-and-coming opportunities,” is how he puts it.

So, what do you make of DeMers’ predictions? Do you have any predictions of your own that you’d be brave enough to make public?