Social Media Fails: How To Move On From A Slip-up 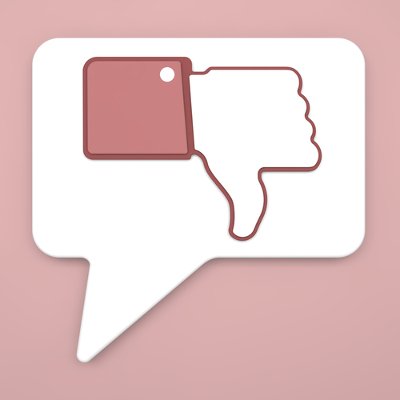 Depending which side of the fence you’re on, you´ll either wince or laugh when you spot a brand make a social media faux pas.

Marketers might be a little more forgiving than most, due to being all too aware of how easy it is to cause an unwelcome stir from a post that was meant to be entirely innocuous. Mere spectators, however, might just revel in your misfortune and do the thing you’d normally be so pleased to see them carry out: share your content.

Judging the long-term impact of an online cock-up is not easily done, but it´s fair to say that some come out the other side of a mishap better than others. It depends scale of the gaffe, of course. In fact, most people are fairly merciful towards brands that have simply dropped a bit of a clanger – it´s when offence is caused that things start to get messy.

That incites questions about whether you should apologise when things do go awry online, or simply try to pretend it didn’t happen. Most brands that have made a boo-boo tended to opt for the former, but others have stoically – or stubbornly, perhaps – chosen to laugh off controversy.

There´s no right or wrong answer when it comes to trying to get things back on track after taking a wrong turn on social media. Best we look at some examples, then, of brands that have found themselves in a comprising situation.

The Telegraph has compiled some of the best (or worst) examples from last year – some of which you may have already seen on your travels. How many of the following fell into that category but had been forgotten? What does that say about the impact of mistakes from social media?

Cringe-worthy blunders from brands who should know better

The first example doesn’t emanate from social media as such, but that’s where it caught traction, for want of a better word. A member of Sainsbury´s staff from its store on Romford Road in Stratford inexplicably stuck a poster, which was meant for internal use only, on one of the windows for all to see.

The poster said: “Let´s encourage every customer to spend an additional 50p during each shopping trip between now and the year end.”

As you can imagine, it didn’t go down too well with the Twitterati who interpreted it as the retailer trying to get every penny it can out of its customers. Some of Sainsbury´s competitors had a field day with it too, with Lidl – a social media winner in 2014 – launching its own fifty-pence challenge in response.

“Let´s encourage every one of our lovely customers to save as many 50ps as possible,” it said.

Our favourite put-down came from Elina Talvitie (@ElinaHyphen), however, who tweeted:

Sainsbury´s response was not as contrite as you might have expected. Instead, it suggested that posters of this nature are commonplace within retail organisations, adding that no-one was to face disciplinary action, but a little reminder would be issued.

Now, the next example is not technically a brand falling foul to social media, but the individual in question will likely consider himself as such. We simply couldn’t leave out billionaire Donald Trump´s attempt to do good on Twitter which saw him duped into retweeting an image of serial killers Fred and Rosemary West to his then 2.7 million followers.

Phillip Bradbury, who goes under the Twitter handle “@feckhead” (come on, Donald), claimed that the pair were his recently deceased parents, and asked Trump to retweet the picture in their memory.

Trump obliged, before quickly realising that social media is perhaps not the sort of place you can take everybody at face value and removed the post. But not before his RT had received 5,000 shares.

His response was typically tedious:

Some jerk fraudulently tweeted that his parents said I was a big inspiration to them + pls RT—out of kindness I retweeted. Maybe I’ll sue.

A fail which will bring a smile to the technically-minded of you now. Smartphone manufacturers were delighting in the report that the iPhone 6 Plus allegedly bended in tight trouser pockets, even if the evidence was not exactly compelling.

One of the first to jump on the Apple-baiting bandwagon was LG, whose French arm went with: “Our phones don’t bend, they’re naturally curved 🙂 #bendgate.”

However, LG was not able to revel in Apple´s apparent oversight for too long, after it was pointed out to them by The Daily Dot that, on TweetDeck, users could discover how the company´s tweet was sent. In this case, it was sent from “Twitter for iPhone” (those “problematic” Apple devices can´t be too bad, eh?).

It seems that LG deleted the tweet before too many people had a chance to pounce on it. But, the Internet being what it is, that didn’t stop news channels picking up on and running with it. The very fact that we´re still talking about it now just emphasises how unforgiving this thing we call the World Wide Web can be.

As DHL proves, though, it´s not just Twitter where brands can fall foul. Facebook, too, is something of a minefield for social media mishaps.

Brands are often found tenuously linking to topical news, sometimes as a means to sell their products, whilst on other occasions it´s simply to generate likes or shares. In October last year, DHL somewhat misjudged its attempt to pick up a few extra likes when it attached itself to the news story that F1 driver Jules Bianchi was fighting for his life after a horrific accident at the Japanese Grand Prix.

It said: “Ghastly accident in Japan. Jules Bianchi is fighting for his life.

“By clicking ´Like´ on this occasion, you´ll be sending Jules your best wishes for a speedy recovery. #ForzaJules”

As you can imagine, it didn’t go down too well with readers, as demonstrated by this response: “Are you kidding me? Using a tragic accident to try and increase number of likes on your page??”

The international courier company was left with little choice but to remove the post and replace it with an apology – although not without sounding like it was protesting a little too much.

“To clarify the matter, we were not asking people to like our page, only the photo, and it was never our aim to promote the site or DHL but was meant simply as a gesture of support for Jules Bianchi, based on our longstanding involvement in the F1 world,” the apology said.

So what does this all mean for you?

Of course, the damage had already been done.

That’s the prevailing finding we have drawn from this revisit of social media fails, in fact: people online don´t seem to forgive too easily. Perhaps that´s because the “slip of the tongue” excuse can’t be rolled out too convincingly when trying to justify an online post – it´s considered pre-mediated and there is little that can be attributed to ambiguity when it´s in black and white.

Some brands stream social media posts at a rate of almost one a minute, but even then, people are unlikely to excuse an offensive message as a mere oversight.

Blunders you might make, albeit on a smaller scale

Blunders don’t have to be at the polar scale of monumental fail, there are plenty of smaller hiccups that can be made along the way which could cause just as much damage to your social presence and consumer loyalty.

One of the most common mistakes that brands make on social sites is to forget that they should still act as a person and treat others as human beings, too. For example, if users like a brand´s page or tweet about it, they should be thanked. Or if there is an industry conversation going on, it could be a good idea for the brand to chime in and offer an expert opinion. Don´t be scared to show some brand personality.

Another common mistake is when brands neglect conversation and relationships to invest all efforts into direct promotions. While social activity could bring immense benefits to businesses, a brand page should mostly be about interaction with users. That is why brands should try to restrict the number of posts directly related to them and instead offer information or entertainment.

Loyal relationships are based on trust, and this is vital for brands. One of the worst things they can do is mislead or deceit on social sites. Sometimes, trying to stay ahead of the competition, brands may be tempted to offer just a little bit more. But when users find out brands are not 100% truthful, they are bound to say this out loud. Just as brands should be honest, they should also let users be frank and express their opinion freely, even if it is negative. By deleting or filtering comments and conversations, a brand shows users that it cannot be trusted and that it does not take users´ complaints seriously. Instead, respond in a helpful and polite manner.

The presiding takeaway from this article, then: give social media the time it needs, or face the consequences.

Is Social Media A Chief Orchestrator in Organic Visibility?