Speed Is Of The Essence For Brands On Social Media 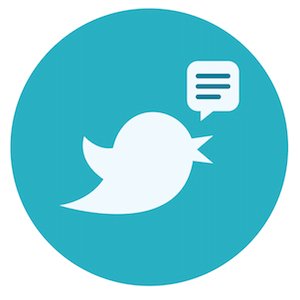 The speed and diligence with which you reply to customers on social media could have a direct impact on your bottom line.

We’ve always said that brands who offer a great customer service on social media will reap the rewards, but Twitter has only gone and proved it.

After conducting some extensive research, it concluded that “customers who received replies were more satisfied with their experience, more willing to recommend the business, and willing to pay more money for that business’s products in the future–especially if the consumer received a response quickly.”

In its study, Twitter analysed three largely different US sectors: the airline industry, the quick service restaurant (QSR) sector and the telecom industry.

The social media giant was buoyed by a separate study from last year, in which it found that customers who received replies from an airline demonstrated stronger satisfaction and recommendation ratings–and were also willing to pay a significantly higher price for a future ticket.

This new study is not markedly different, but adds further credence to the idea that any business can profit tangibly from a significant investment in social media.

Here’s what it found:

Every single response could be worth a fiver to your business

When a customer Tweets at a business and receives a response, they are willing to spend 3–20% more on an average priced item from that business in the future.

It might not sound like a lot, but we’re talking per transaction here. So, with every service-related tweet you make to customers, you could make your business £5, or there or thereabouts. When you think of it in those terms, it doesn’t sound too shabby.

The faster the response, the more they’ll spend

While customers have come to expect a speedy response from brands on Twitter, regardless of their enquiry, the potential revenue gains offer firms plenty of incentive to respond as quickly as their resources will let them.

In Twitter’s study, when an airline responded to a customer’s Tweet in less than six minutes, the customer was willing to pay almost $20 (£16) more for that airline in the future. Similarly, in the telco industry, customers are willing to pay $17 (£14) more per month for a phone plan if they receive a reply within four minutes, but are only willing to pay only $3.52 (£2.89) more if they have to wait over 20 minutes.

Increased revenue potential not the only incentive for brands

Twitter also questioned its 3,139 study participants on the impact receiving a response has on their willingness to endorse a brand, with 44% saying they are more likely to share their experiences after being tweeted at. Further, they are 30% more likely to recommend the business, and respond an entire point higher (2.66 vs 3.66) on customer satisfaction surveys. When we say increased revenue potential is not the only incentive, though, we’d like to think that having more people endorse your brand will have a positive effect on your bottom line.

When an overtly negative tweet – as opposed to a standard customer service enquiry – comes your brand’s way, there’s the potential to panic – maybe even putting off sending a response to allow yourself a bit of time to think. But Twitter’s study suggests that it is in your interest to prioritise responses to negative Tweets over positive Tweets.

Among the telco customers questioned, conversations that started with a negative Tweet resulted in higher brand favourability as well as 3X higher willingness to pay for their monthly wireless plan, compared to those whose original Tweet was positive. Meanwhile, over two-thirds (69%) of people who have Tweeted negatively say they feel more favourable when a business replies to their concern.

For most consumers nowadays, when they experience a problem with bought goods or services, their first thought isn’t to pick up the phone and complain; it’s to log on to social media to try and get their issue resolved.

For businesses, meanwhile, social media is cheaper than traditional customer service: according to McKinsey & Company, support interactions on social cost one sixth of those in a call center. However, as Twitter’s new study shows, social media-based customer service has benefits outside of being cost effective – as long as your speed of response is fitting of customers’ expectations. Well, is it?