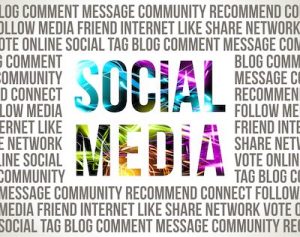 “Social selling” – dare I say it sounds a bit of a dirty term when applied to social media marketing?

As social media marketers, we’re forever being told that our efforts on Twitter, LinkedIn, et al., should never stray down too much of a sales-y route, as buyers will see straight through any supposed well-meaning intentions.

On the surface, social selling seems to go in the face of this advice, but is it as contradictory as it first appears?

In a word, no. After all, selling is the primary reason we spend so much time on social media – we’re not just in it for the social aspect, as enjoyable as that side of it can be from time to time.

So, a definition of social selling today might read: the process of developing relationships with customers by providing them with useful and engaging social media content, in the hope that they will repay your efforts in the form of a purchase.

When you put it like that, it doesn’t sound particularly honourable, but the bare fact is that social selling is a powerful strategy that can engage buyers in a multi-channel world. We’ll have some of that.

Twitter vs. LinkedIn: Which is the social selling supremo?

Two of the most potent networks for social selling are Twitter and LinkedIn. For brands (small businesses, especially) it can prove resource-sapping enough to sign up to just one social network for the purpose of social selling.

However, as Michael Idinopulos makes clear in a blog post for HubSpot, it’s now imperative that firms stretch themselves to work on at least two fronts – those being Twitter and LinkedIn.

He argues that it’s not a case of pitching one against the other, as some marketers have been known to do, explaining that they both serve different audiences.

Without wishing to state the obvious, social media has the ability to put your brand in touch with buyers that didn’t even know you exist. Twitter is brilliant for igniting relationships with the people you want to know, although it goes without saying that it takes a fair bit of skill to make that a reality.

You’ll first need to identify those people who might be interested in what you’ve got to offer, which can be done through searching relevant hashtags, presenting you with a list of potentially interested parties in one fell swoop.

From there, you can throw your net wider by looking into who those people are following, who is following them, and what lists they appear on. Before you know it, you’ve got a wealth of relevant people to try and engage.

The beauty of Twitter is you don’t need to think twice about hitting the ‘Follow’ button, either. Unlike Facebook, where people tend to stick to connecting with their friends (although I use the word broadly), on Twitter it’s perfectly OK to follow strangers, meaning there’s no obvious barriers to engaging.

Twitter users (myself included) are prone to flattery in the form of a follow, which often means they will return the favour.

If not, try and force the matter by engaging with buyers’ posts in real time – that could initially just be by making one of their posts a favourite, or attempting to start a discussion with them.

LinkedIn is less of an open platform than Twitter, but the hit rate of connections to buyers is likely to be greater. That’s because it is etiquette to only connect with people with whom you’ve had some sort of professional interaction.

It’s perhaps not quite as rigid as it once was, however, if the person seeking the connection has enough clout, for want of a better word.

A well-written LinkedIn connection request is a must, though, ensuring you get your online relationship off to a good start and making it clear that there is the potential to help one another out.

One connected, you’ll likely have access to some pretty handy information on the buyer, such as their birthday or if they have changed jobs – not to mention the member profiles, which can prove invaluable to salespeople.

LinkedIn lets you search prospects by title, company, industry or geography, allowing you to personalise your approach for maximum effect. An acutely personalised interaction, based on what LinkedIn tells you about their background and interests, should speak right to the heart of a buyer.

You can gain similar insights from Twitter, but you’re required to knit together interests based on the buyer’s paltry bio line and their tweets, followers etc.

Brands would be wise to remember that buyers will be making similar judgements about you – but you are in charge of your own destiny in terms of how you come across. Therefore, make sure your profile highlights your credibility, expertise and professionalism. Don’t just offer half a picture, include a professional profile image, your full work history, educational background, and of course, links to relevant content.

What would you say is the single-most contributing factor to successful social selling? We’d argue that it’s clever content, naturally…