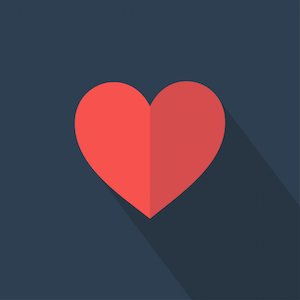 Some content just doesn’t take well to a ‘like’. You know the type, the ones which harbour bad news. Facebook is planning to rectify this by introducing a series of emojis, allowing users to express more fitting emotion when a bad news story appears.

Twitter has never had to worry about the innate awkwardness of the ‘like’ button – until now that is. In the unlikely event that you’ve missed the news, Twitter has done away with the ‘favourite’ button and replaced it with a ‘like’ button.

Gone, too, is the “confusing” star icon associated with favourites, which has been succeeded by a heart icon – all in the name of making things “easier”.

“The heart…is a universal symbol that resonates across languages, cultures, and time zones. The heart is more expressive, enabling you to convey a range of emotions and easily connect with people. And in our tests, we found that people loved it,” explained Twitter product manager Akarshan Kumar.

However, is the heart really going to make engagement any less confusing?

For those of us that use Twitter as a resource for saving interesting pieces of content, not necessarily. Interesting content isn’t always agreeable content and it doesn’t always feel right “hearting” those less than pleasant stories in order to be able to easily read it later.

Twitter might point to Instagram as a platform where the ‘heart’ button works wonderfully well, but I’d argue that the content that appears on there is vastly different from that posted on Twitter. In my experience, Twitter is the most “serious” of the three main social media platforms – Facebook and Instagram being the other two. As such, it doesn’t necessarily lend itself so well to the informality of a ‘heart’ button.

Then again, maybe we’re not Twitter’s primary concern right now. As Econsultancy points out, Jack Dorsey, Twitter’s co-founder and more recently CEO, has been tasked with speeding up user growth and making it clearer as to what Twitter actually is.

The introduction of the ‘like’ button is the first step in dragging Twitter into the mainstream. After all, ‘like’ has become ubiquitous in the social media user’s lexicon, while ‘favourite’ is less prominent.

In this respect, it doesn’t seem like such a bad idea. ‘Likes’ might just prove a little easier for users to get their heads round, which could encourage them to engage with content more frequently. That’s something – as a marketer – I can get behind.

It’s only been a few days since the ‘like’ button was rolled out, but have you noticed any improvements in your engagement yet? If not, do you expect to in time?