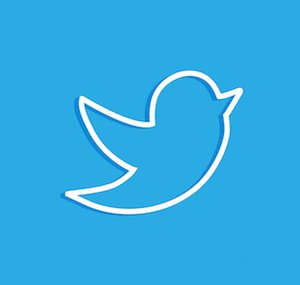 Stop the press. Twitter has spoken out on what businesses need to do to have success on its platform.

Reassuringly, Twitter says that small and medium-sized businesses still have a chance to stand out on the channel as long as they are producing “sparkling content”. It then offers seven of its best practices for devising effective Twitter content.

As you might imagine, we were keen to see what they had to say. We must admit to being a little disappointed upon reading, though, because the advice didn’t really give us anything we didn’t already know.

There were a few golden nuggets in the piece, but generally it was kept fairly commonsensical. Have a look for yourself to see if there’s anything listed that your business is not doing currently:

Twitter acknowledge that social media is a “noisy environment”, explaining that in order to be heard, brands must carve out a unique voice that channels their firm’s personality.

“For example, is your business inspiring, playful, or a serious authority?” Twitter poses. It adds that you should “use language and tone that conveys the key attributes of your business”. But is there an argument for being a little subversive, adopting a tone that perhaps doesn’t come instinctively, all in the name of getting heard?

It depends on your strategy, of course, but if you’re a financial services firm, say, who’s looking to attract young savers, then that tactic could pay dividends.

There’s a couple of reasons why we advocate following back your followers. Firstly, it shows your appreciation for following your account in the first place. And secondly, your timeline will be filled with your customers’ thoughts and interests – insights which could prove invaluable for understanding who your followers are and what they care about. That insight can then be used for devising content, tone – all sorts really.

3. Link to popular events in an ‘authentic way’

Since Twitter came into existence, brands have tried to latch on to trending topics and events as a way of giving their brand some exposure. However, given Twitter’s popularity today, unless you’re inventive and smart about how you link to trending events, you’ll simply be ignored. Twitter says the trick is to come across as “authentic”.

In terms of possible events to link to, it says: “Remember, these can be everyday, personal events like breakfast or lunch, as well as wider cultural events, like Valentine’s Day or Chinese New Year.”

4. Slow down your customers’ timelines

We’ve not heard the notion of slowing down the speed of your customers’ Twitter feed before, but we quite like it. People can be quick to scroll through their timeline, meaning you risk going unheard, but by incorporating rich media like videos, GIFs, photos and emojis, you’re more likely to attract people’s attention and have them hovering over your post for longer.

5. Make it easier for your audience to find you

It’s not exactly a left field piece of advice to suggest using hashtags, but brands are still sometimes guilty of using an extremely popular hashtag when it might be more in their favour to tap into a trend that’s a little more relevant, if not quite as popular. You might even find it worthwhile creating a consistent brand hashtag, like a lot of the big brands do, to make it easier for easier for your audience to find and search your Twitter content.

A new study by Eptica – not cited in the Twitter piece – found that the average time it took a brand to respond to a customer on Twitter was 4 hours 14 minutes. That’s not too bad, but that length of time isn’t exactly conducive to an extended conversation, we’d suggest. While a reply is always better than no reply – even if the comment is less than complimentary – you lose some of the momentum of the conversation if you take too long to respond.

Twitter suggests switching the conversation to Direct Messages if a conversation starts to turn complex, noting that you can now include a deeplink in a tweet that displays a ‘Send a private message’ call-to-action button to enable customers to send you a Direct Message. Nice work, Twitter.

7. Make the most of positive tweets

When – not if – your business gets a positive tweet, don’t pass up the opportunity to retweet the post, like the Tweet and thank the customer responsible for it. “By celebrating customers and fans in this way, you encourage advocacy and loyalty,” Twitter says. You’re showing your other followers that you are a business to be trusted, too.

So, what do you make of Twitter’s words of wisdom? Any tricks of the trade that they’ve ceased to mention? We reckon so…