Winning Hearts As Well As Heads 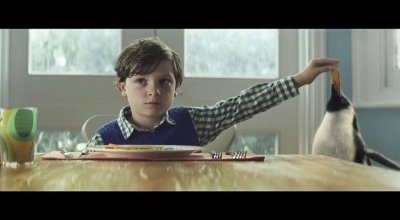 They´ve kept it quiet, but John Lewis has just unveiled its Christmas ad. It hopes that it will help its customers “create their dream Christmas”, which is a pretty ambitious objective. Can an advert really have that much of an impact on viewers?

The retailer explains that by that it means it´s hoping to inspire people to see “the magic of Christmas through a child´s eyes” – which is all well and good, but how is that going to translate into sales?

John Lewis said that its marketing activity, featuring the animated “The Bear and The Hare” story, played a key role in its success over the festive period last year, with sales up 6.9% to a record £734 million, which proves its campaigns are not just carried out for creative endeavours.

It´s all a part of a strategy to become more personal – to remove any image of commercialism in the eyes of customers, with people believing brands nowadays should be more consumer-focused than ever before.

Asda is following suit, implementing a festive campaign that pulls its advertising away from the price-focused messages that have been successful this year. The supermarket´s “Smile” TV spot launches tonight (6 November) and aims to underline to its customers how they are always at the forefront of its thoughts.

“We know our customers want to go the extra mile to make their festivities special, and we want to remind them that we have put the thought and imagination into a range of fantastic food, wine, gifts and decorations so all they need to focus on is having fun together.”

Many of the UK´s biggest brands go to great lengths to bring their customer base within touching distance to foster engagement and build trust. Content marketing is another way they go about making it happen, with personalised writing enabling them to create a developed relationship with the people who take an interest in their brand.

But just how important is the personal touch? Is winning the hearts of customers just as important as winning their heads for some brands?