The Future Of Print Media: Your Thoughts

In a blog post last week, I pondered whether print media had reached a terminal stage in its lifespan, forcing marketers to shift more and more resources in the direction of online campaigns. The responses from my network on LinkedIn have once again been thought-provoking – and suggest the debate will rage on for a few years yet, at least. 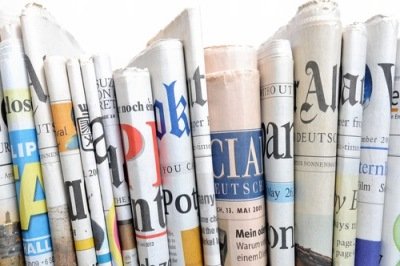 Indeed there was no real consensus, but most felt that traditional media still has a part to play. Of course, print is becoming more and more limited in its reach and value, but that´s not to say that for certain businesses it isn´t still the best available option.

As Warren George, Associate at HarveyDavid, pointed out, however, the number of situations or firms that still profit substantially from print alone decreases year-on-year. He suggested that this is because online has some obvious, tangible advantages over its ever-distant relation.

Social media coach Karen Kefauver is inclined to agree that print media can no longer compete with what online can offer, but says that we´ve yet to reach a point where we pretend it doesn´t exist.

There remains a belief, however, that print will not be going anywhere fast, and it could even take back ground on its more versatile rivals.

The future is likely to combine print and digital, Fraley argued. “Print offers a great way to differentiate when it comes to content marketing, and that could be the very thing that restores the balance between print and digital,” he added.

Some advocates of print are even more optimistic, pointing out that it can prove good value for money whilst it´s considered antiquated.

“I just had a customer where I placed reviews for their new construction site documentation app in approx. 15 business publications without paying for one and it certainly had a boost on their sales rate,” explained Jens Pacholsky, a freelance marketer from Germany.