Infographics For Beginners. Or A Gentle Reminder For Seasoned Pros

For those that are old (wise) enough to remember, do you find yourself with markedly less time on your hands today than you did, say, 20 years ago?

We ask because it is often argued that, due to the information overload brought about by the World Wide Web, we need to be able to understand things quicker than ever.

It’s one of the reasons given for why we are now such an image-orientated species – as testified by the 300 million active users on Instagram – with some statistics showing that we now receive five times as much information as we did in 1986.

Infographics; Creating Greatness or Coming up Short of the Mark 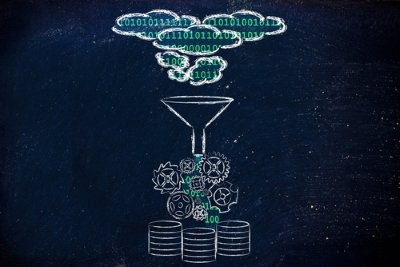 Marketers have rightly had their ears pricked by such figures, with many now ensuring their marketing strategies are duly incorporating image biased offerings.

Even in content marketing, where there is an emphasis on the written word, visuals are playing a greater role. Not a great surprise really, considering how content needs to be driven by social media, and stats such as the following from Buffer are regularly being quoted: Tweets with images receive 18% more clicks, 89% more favourites and 150% more retweets.

But is there a way that marketers can have the best of both worlds? By that we mean images that are naturally accommodating of text. Enter infographics. With their versatile nature and shareability credentials, they make an impression on marketers. But have we hit peak infographic?

The future of infographics, or are they dead and buried? 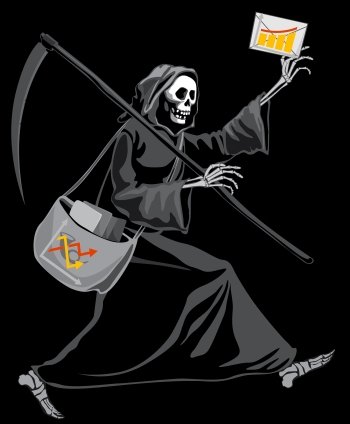 Image specialist Visually pose the question of whether infographics are dead. Now, we’ve grown used to hearing about the demise of certain facets of marketing, whether that be print advertising or banner ads. But, can the debate about the lifespan of infographics simply be attributed to hyperbole?

It certainly would be an overstatement to suggest that come the end of the year infographics will cease to exist, but we could see their numbers diminish.

As Visually point out, infographics have “long been the darling of the content marketing world”, but the format no longer has the allure of the new, meaning they can’t just be rolled out with success, irrespective of quality.

But that should play into the hands of those brands who invest great time and energy into their infographics, with fewer bad examples on the scene to drag the format down.

Much like content marketing as a whole, then, successful infographics will be borne out of best practices and quality content. Just as with any sector which becomes densely populated, quality wins out, meaning marketers will have to up their game as far as infographics are concerned.

Well, if it’s tips you’re after, you’ve come to the right place.

Usability consulting services Optimal Experience looked to Edward Tufte, a forefather of infography, for inspiration, who in 1983 set out the following criteria, which still applies to infographics today:

Let’s explore that criteria in a bit more detail, throwing in a few more pointers for good measure:

What does the infographic seek to achieve? And we’re not talking ROI here. Chat to stakeholders to see what they think needs to be communicated, then try and summarise the purpose in one sentence. For example: 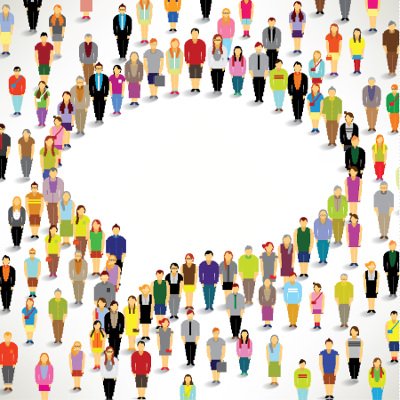 So, you’ve got your purpose, but what tone do you adopt for the audience to whom the infographic will be exposed? Although you’ll no doubt have data and experience to go on, you’ll have to make some assumptions along the way. Who’s to say they’re going to find your jokey tone amusing? You can’t be sure, but you can try testing out the approach with real users to see if you’re hitting the mark.

“Rework” is one of those words that no writer likes to hear. It normally acts as a euphemism for a complete overhaul, but it is a crucial part of any project. An infographic should be rewritten based upon what you have found out about your audience. For example:

This is where you bring together your audience’s questions, the data which supplements your purpose and the story that can be told by the data to form the structure of your infographic. Consider the following questions:

Whilst the designers tinker with the design, the writers should be compiling some copy. Obviously, the relationship between the two departments should be developed enough to ensure that the two are working in tandem and there are few disagreements.

Problems arise when writers and designers are not working off the same page. For example, a writer could produce 1000 words of copy, but the designer might have only accommodated for half that amount. As well as it wasting some of the writer’s time, it could create a frosty dynamic between the two parties.

Bringing the two elements together, test with a small section of real users. Observe how they react to the draft, and ask them to explain it back to you.

Using the feedback provided at the previous step, make the necessary changes. Once that’s complete, you’re ready to roll it out to the world. Now you’ve just got distribution to think about…

Optimal Experience actually outline twice as many stages as we have here, but what marketing teams have the time to carry out 15 phases? That said, infographics can take months to complete, as brands realise that customers will see straight through you if you cut corners, or come up short with the visual.

Things to watch out for

That brings us on nicely to our next point: avoiding bad infographics. As we pointed out, worthwhile infographics can take months to make, so if you’re going to invest that much time and money into something, you best ensure it’s good.

Typical pitfalls that make for a shoddy infographic 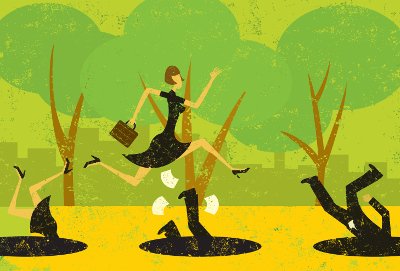 The first thing to consider is length. What’s the first thing you do when presented with an infographic? Scroll down to see how far down the page it travels. If it’s a sprawling monster of a visual, you might take one look at your watch and save it for later, or worse, not even bother doing that.

That’s not to say that you shouldn’t do the data justice – just don’t overdo it. What other characteristics are common of a bad infographic?

Web users’ diminishing attention capabilities are well documented. Bear in mind, then, that too much text has the muscle to kill any infographic. (Writers look away now) Text should be there to support the visuals, not the other way round. If readers wanted to have the information presented in a more traditional format, they would have gone looking for it.

Inaccurate charts and misrepresentations of data

Just one chart that doesn’t show data accurately is enough to undermine the whole infographic entirely. How? Well, if a chart pertains to show something which is patently untrue, why should the reader believe any of the other data you place in front of them?

If you decide that you’re going to structure your infographic with a start, middle and end, make sure the narrative twist is not going to make your readers screw up their face. A series of detached or confusing statistics might be enough to prevent your audience from re-sharing your visual.

As was spelled out earlier, there is no shortage of infographics on the Internet these days, so you can’t blame web users for drifting passed visuals at will. Therefore, you’ll need to make sure your infographic is not too generic in appearance; has a great layout; appealing colours; and a visual style that is unique and beautiful. We didn’t say making an infographic was easy…

One of the great things about infographics, is creating a visual of big and scary data sets from a myriad of reputable sources and honing it into something digestable, enjoyable and visually eye catching for your viewer. if you’ve got great sources, reference them. If you haven’t, back up your claims wth relevant and recent information and reference your sources at the end of your graphic. 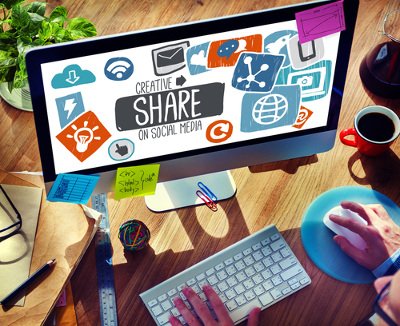 Bonus points if you actually involve your data source in the research, development and sharing of your content.

Part of the point of this energy and time consuming process, is to create some noise around your infographic and drive some great traffic back towards you. So making it nigh on impossible to share yours through social media by not considering this is a typical error made.

A word of warning here however. More often than not, infographics are supplied with embed codes. So as a passer by can easily link back to your infographic. We’d say best not to. You’re borderline manipulating with this method and could fall out of favour with Google at some stage as a result. Asking for citation isn’t an issue, however.

By their nature, infographics mean big file sizes, ie. megabytes not kilobytes. Baring this in mind when it comes to hosting your infographic is crucial. If it takes 5 seconds to load, no one’s going to waste their time waiting for it, and you won’t get the engagement you want. Think about linking to the full size on a separate URL, and having an optimised page load friendly version.

Don’t forget to implement all the other image optimisation techniques either!

Infographics 2.0 – The present state and future for infographics

Creating visuals is already on the move towards the more technical as the capabilities for interaction with our browsers increases. Infographics are stepping aside to make way for the new darling of content marketing – webgraphics.

The fact that Microsoft Word still underlines “webgraphics” as an SP suggests they are a little way from superseding infographics entirely, but it won’t be long before these “new, more interactive infographics” push their inferior derivatives out of the way.

Content marketing is shifting in the direction of more narrative-based, fulfilling content and webgraphics appear to be a sign of the times. The “interactive infographic” is an even more impressive story-telling agent, with animations being thrown into the mix, allowing brands to bring humour into a format that has always been pretty serious-minded.

We won’t delve too heavily into exactly what comprises webgraphics on this occasion – that’s for another time – but take a look at Daily Dose of Water’s interactive, or click through on that running cheetah above for examples of where visuals are headed.