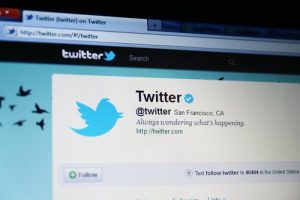 How do you normally make an online complaint? And would you pay good money to make sure it´s seen by as many people as possible?

Online users can be extremely inventive when they want to voice their discontent with customer service they have received. These days, complaining on social media usually gets consumers a quicker response than they would receive over the phone or e-mail, even if this is just because the brand is taking care of its reputation.

However, expressing his dissatisfaction with the service he was given by British Airways on Twitter was not enough for British businessman Hasan Syed, so he decided to do it in a promoted tweet. His tweet: “Don´t fly @BritishAirways. Their customer service is horrendous” was promoted in New York City and the UK and was spotted by other flying industry representatives, who were quick to retweet the complaint. The tweet became viral, with close to 77,000 impressions on Twitter alone, and got coverage from major websites.

These paid-for tweets are normally bought by brands wishing to appear at the top of users´ Twitter feeds.

Clever move, Mr Syed. But what we are more interested in is whether his promoted tweet is going to have an impact on the way consumers complain and if he is about to set a trend. Most marketing experts agree that if consumers want to pay for a tweet to make their complaint more visible, it is their right to do so but this is unlikely to cause a dramatic change to the industry.

It is worth noting that although the complaint went viral in a matter of minutes, it took British Airways ten hours to respond on Twitter, saying: “Sorry for the delay in responding, our twitter feed is open 09:00-17:00 GMT. Please DM your baggage ref and we´ll look into this,” B2B Marketing website reported.