Don’t Wait For Things To Happen, Make Them Happen 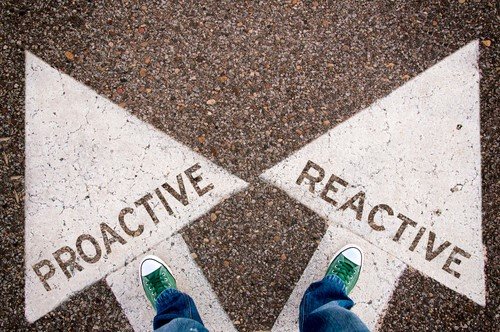 Does taking a reactive approach to customer service ever pay off? We´re always told to not go looking for trouble, but when business is concerned surely identifying problems and addressing them is the aim of the game?

Feedback from customers themselves answers those questions quite clearly, with 87% saying they want to be contacted proactively, according to study by call centre software specialists inContact.

Customers have more choice than ever when it comes to suppliers, making customer service one of the most important factors behind consumer loyalty. It´s for such reasons that HSBC has recently announced a shift in focus in how it will go about implementing its social strategy.

As Marketing Week reports, the banking and financial services giant is using the relaunch of its Advance current account to show customers it´s prepared to proactively engage with them, as opposed to merely respond to customer service enquiries.

The brand-building exercise will see the bank unveil its first piece of long-form digital content, in the shape of series of films in which people give thanks to friends and family for helping them achieve their ambitions.

The content will be pushed out on HSBC´s Facebook account and a new Twitter account under the handle @HSBC_UK. In addition, the videos will be posted unbranded on social media in the hope that people engage with them without knowing who is behind them – resulting in viewers being taken to HSBC´s social hub.

The financial services industry has previously shied away from using social media, but Chris Pitt, head of marketing at HSBC UK, says now is the right time for the bank to up its presence.

“We will have a proactive Twitter handle. We have previously had ones that respond from a service perspective but we have not had a proactive conversation with people,” he told Marketing Week.

Are you still treading tentatively when it comes to content and social media? Why do you think that is? Is it time to follow HSBC´s lead and carve out a higher social standing?