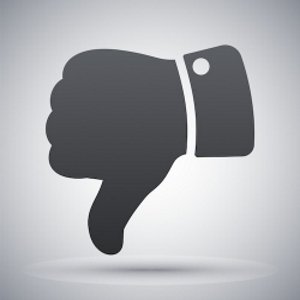 What do you make of Facebook´s controversial crackdown on calls to action?

Well, it seems that Facebook´s plans to restrict brand page visibility through organic outreach have certainly stirred things up in the marketing world. While the social network claims that the move was in response to user feedback, many industry experts believe that the changes are intended to make businesses move away from naturally increasing visibility through shares and focus on paid advertising.

In an attempt to boost their outreach, brands often use calls to action when they post content on their brand pages. These include directly asking users to like, share and comment, so that the post reaches more people and stays at the top of News Feeds. However, Facebook has decided to crack down on such calls to action, suggesting that these will receive a similar treatment that spammy links receive from Google. Facebook called this well-established marketing practice “like-baiting” and said that brands that resort to such practices will be less likely to appear in users´ News Feeds.

The reason for “demoting” such posts, according to Facebook, is the fact that “like-baiting” content is around 15% less relevant than other branded content – content that doesn´t necessarily aim to increase visibility. This means that the more relevant content is squeezed out of News Feeds, affecting user experience, ClickZ website reported in an article I came across. The social network says that it´s not aiming to crack down on brand pages that try to encourage meaningful discussions, but it´s only looking to reduce the outreach of less valuable posts that solely aim to generate likes and shares.

Are you in favour of these changes? Or do you think it´s just Facebook´s way of making businesses pay for exposure on the channel?