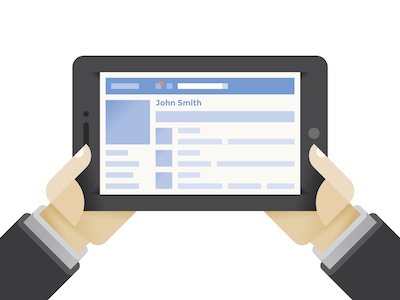 Whilst everyone was – quite rightly – focused on Google´s algorithm changes, a.k.a. (rather unsophisticatedly) “Mobilegeddon“, Facebook slyly tweaked its News Feed algorithm, as it looks to redress the balance between content from users´ Friends and Pages.

Facebook suggests it is giving people what they want, but brands are said to be fearful that this will mean their company page is getting less of what it needs to stay active: reach and referral traffic.

The social networking giant acknowledged that the three-pronged update could cause reduced distribution for some Pages, but caveated it by pointing out that referral traffic from the platform has “more than doubled in the past 18 months”.

Given that the announcement was only made last week, it´s difficult to ascertain the extent to which brands have been affected by the updates, but Facebook´s comments hint at decreasing organic reach as it attempts to nudge brands towards paying for Page promotion.

Here at M2 Bespoke, we´ve experimented with both organic and paid reach on Facebook, and whilst it´s still possible to get some impressive figures for the former, the latter, more expensive option is proving difficult to resist.

What does the update comprise, then?

1. Users who don´t expose themselves to much in the way of content (i.e. they don´t have many virtual friends or like many pages), will now see more than one News Feed post from the same source in a row. Here´s how Facebook put it: “Now, if you run out of content, but want to spend more time in News Feed, you´ll see more.”

2. Friends seem to be taking priority once again – it doesn´t feel right to interpret that sentence in a negative way, but the fact of the matter essentially means that, for brands, content posted by friends will take precedence, placing it higher up in the News Feed. Facebook said user feedback had led it into taking the decision, with people expressing concerns about missing updates from the friends they care about.

Fear not, brands – for those that use the platform as a source for real, hard news (we thought that was more Twitter´s role, but there you go), they will now be exposed to content they really want to see.

3. Finally, Facebook has decided that users don´t want to see everything their friends have commented on or liked. “This update will make these stories appear lower down in the News Feed or not at all,” the blog post read. Less of the “Ned likes ´Sliding through a closing door without touching it´”, then… Shame.

What will this mean for brands?

Facebook is not too worried about making life harder for marketers – check out last year´s update where it effectively limited what little organic reach brands had left. This latest change is expected to make things even tougher for marketing teams. But would we have it any other way?

We´re a creative, enthusiastic bunch in the main, I think, so maybe we should just decipher this new update as a chance to ramp up the creativity again? It´s what we´re good at, after all.

What concerns we do have, however, surround how Facebook will ensure users who are new to liking a page will be exposed to that brand´s content, given that they have only just hit like, so interest levels in the firm are likely to be at a peak.

It´s made clear that loyal followers who interact with a brand´s content will not lose out, but what about new followers?

Do you have any particular exceptions, or reservations, about the updates? How do you plan to overcome them?