Twitter’s Direct Messaging Update: What Does It Mean For Brands? 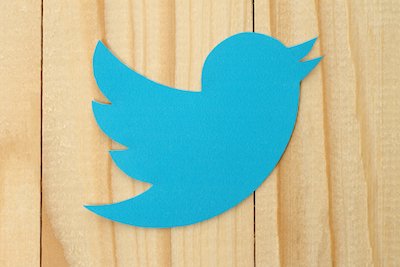 Twitter has announced a new update giving users the option of receiving direct messages from people they don´t “follow” – essentially meaning users could be contacted privately by anybody on the platform.

It might seem like a fairly trivial update on the surface, but the response on social media suggests it´s anything but. The general feeling is that Twitter has put revenues ahead of its users´ safety and well-being, with some commentators pointing to the already concerning levels of harassment on the popular social network.

However, it must be noted that enabling the new feature is entirely optional, with users required to tick the box next to “Receive Direct Messages from anyone”, underneath the ´Security and privacy´ tab, for it to take effect.

As such, some people have suggested it will resemble Facebook´s ´Other´ folder, which is where messages go when they are sent from people or groups that users have not befriended.

What´s the point of it, then?

As Internet blogging service Vox points out, this is not so much an improvement of the user experience as a route into the world of messaging, which is currently headed by Facebook Messenger and WhatsApp.

This increasingly popular field is incredibly lucrative, so it is perhaps little surprise that Twitter want a slice – but at what cost? It might have done just enough to convince users that the new update is a step towards maximising the platform by making the feature opt-in.

Also, few would argue with the potential of the feature from a purely communicative perspective, with journalists potentially now able to receive tip-offs via a quick message, whilst brands are better able to keep private conversations with customers, well… private.

How many people will opt-in?

If it´s only businesses and public figures that open their doors to everyone, it could all be somewhat in vain. This has caused some users to speculate that the option will soon become opt-out, which would see everyone capable of receiving messages from strangers unless they go out of their way to fend off unsolicited messages.

That is pure speculation, of course, but Wired suggests it could be a somewhat likely result, with Twitter under increasing pressure to compete with Facebook and the like now that it is a public company.

The official word from Twitter, however, is that the update “helps you connect more easily… with the people, causes and businesses you care most about.” The example it gave, though, was a little flimsy – it read:

We´d argue that people have been more than happy just to send a tweet to said ice cream shop in the past – with the business itself likely keener to receive a public tweet – as opposed to a private message – as it gives them an opportunity to retweet it back to all their followers (thus giving them a little nudge towards a store).

What will marketers make of it?

Naturally, though, what we´re most interested in is what the update means for brands and marketers. Will we now see businesses contact their customers (those that have opted-in, of course) out of the blue with personalised messages? For those that can dedicate the time, will brands trawl Twitter timelines before introducing their goods or services with the individuals´ likes and dislikes in mind?

It would take some considerable resources, but the payoff could be worth the effort. However, would ethics kick-in, meaning brands will resist inundating their customers with messages through fear that they would deem it a breach of their privacy, thus having an entirely opposite effect on engagement? Regardless, will users be able to see past the spammy messages to give your attempts at direct contact any sort of return on investment?

There are so many questions emerging out of this “slight” update, but we´d love to hear what you make of it. Has Twitter just made life easier for brands looking to engage customers on social media? Or is it ´as you were´ with regard to your social media strategy?

Social Media Fails: How to Move on From a Slip-up