5 Tips To Get You Started With Video Marketing 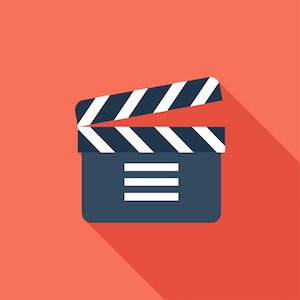 Online video is the future of content marketing. How many times have we heard that? Well, we’re here to tell you that video isn’t the future. No siree. It’s very much the present.

I guess you could argue that something can be both the present and the future, but you get the point.

Video has taken over the world of content marketing. By 2020, Cisco Systems’ Visual Networking Index conservatively estimates that video will account for 82% of all consumer Internet traffic, up from 70% in 2015.

Meanwhile, Facebook’s vice president for Europe, the Middle East and Africa, Nicola Mendelsohn, reckons that in five years’ time, the world’s biggest social network will “probably be all video”.

It’s obvious, then, that if video is not already a part (and a fairly big part at that) of your content marketing strategy, then it’s time to change that.

SocialTimes contributor Jon Mowat has some video marketing tips for those who are just getting started with film (we content marketers think we’re storytellers, OK?):

You might think that video gives you the license to prattle on about how great your brand is. It doesn’t. Limit yourself to 60 seconds and stay on topic. If your video comprises someone sat in front of the camera, come up with a short, sharp script before hitting record.

When you first click on a video, what do you do? You look at the running time. If it’s deemed too long, it’s closed off before it has a chance to buffer. Attention spans are short these days, video or not.

2. Use subtitles instead of sound

As much as 85% of video views happen with the sound off, according to multiple publishers. Viewers are watching videos on their mobile phones, on the move – sound isn’t always appropriate when they are on a train, say, or in the office.

Therefore, subtitles are, more often than not, more fitting. You can still get your message or story across, but without the need for viewers to be in an appropriate environment or to plug earphones in.

The Guardian has taken to telling stories in this way, to great effect:

All flights at London City Airport were disrupted this morning by a #BlackLivesMatter protest pic.twitter.com/iXMT1qqOo4

When you upload a video directly to your chosen platform – be it Facebook, Twitter, etc. – the video will auto-play when your followers scroll through their feeds. It’s a little bit presumptuous, sure, but it’s a great way of catching their attention.

By simply linking to a YouTube or Vimeo video, you won’t benefit from auto-play and you risk your followers missing your content altogether. The major social platforms are tired of YouTube dominating the video scene, so are tweaking their algorithms to ensure that native video content is prioritised over just about anything else.

Up until about a year ago, we were somewhat reticent to pay for social reach. But then the big networks tinkered with their algorithms again, making organic reach harder to come by. From January 2016 through mid-July 2016, publishers’ Facebook Pages have experienced a 52% decline in organic reach, according to social publishing tool SocialFlow.

If you want ensure your video content is getting the viewers it deserves, then, it seems we have little choice but to pay to play. You can try to resist paying Facebook the readies to prioritise your content, but sometimes you just have to accept that they value commerciality over keeping their customers happy…

Your way around paying for sponsored video ads is to leverage hashtags (you should probably do both, to be honest). Have a look to see what’s trending: can you tie your video content in with these hashtags in any way? Don’t force it too much, though – your content must obviously be relevant to what’s trending, people.

Mowat signs off by saying that the popularity of video means his tips piece could be the last ever article he writes. However, it’s something of a tongue-in-cheek remark – the written word will always have its place, even in video, but video is rapidly becoming the most powerful tool in a brand’s arsenal. Just make sure you use it wisely.