Are you ever guilty of buying a newspaper or magazine only to neglect it in favour of a device? If that is you, rest assured that you don´t appear to be alone. As Marketing Week reports, GroupM is expected to announce that advertising in physical newspapers and magazines dropped below £2.5 billion last year, which would represent a decline of 9% from 2013. 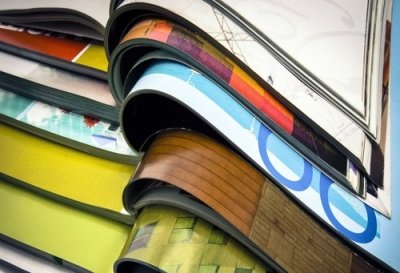 The downward turn falls in line with diminishing circulation figures, with nearly all UK magazines and newspapers reporting hits to their reader numbers on a quarterly basis.

Such evidence suggests, then, that people are struggling to find the time or need to read a printed publication – with electronic devices taking precedence instead. That inference is seemingly backed up by a report by PwC, which forecasts that by 2018 half of the UK population will own a tablet, 73% will own a smartphone and 15.5 billion apps per year will be downloaded.

Of course that doesn´t mean marketers should simply ignore traditional media, but perhaps some of the time dedicated to that side of business should be shifted in the direction of online platforms.

As David Pemsel, deputy chief executive at Guardian News & Media, points out, however, web users have got more content flying at them than ever before – which drives the need to adopt a more nuanced approach.

“Brands need to be sure to align with publishers that enhance their credibility,” he told Marketing Week. “Publishers need to become more agile to effectively engage with an ´always on´ consumer.”

In order to achieve this, Pemsel expects to see more platform innovations; new ways of delivering content to audiences; the capacity for new and direct engagement; and the use of mobile and social media channels proliferating in 2015. Plenty more opportunities will be available to marketers in the online sphere, then.

Does your content marketing budget reflect the predictions that online media is set to leave print mediums further in the shade? Or do you think print media still has a significant part to play?