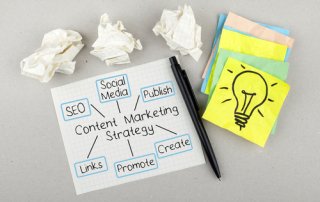 We´re forever being told that “honesty is the best policy”, but where does that phrase fit into the world of marketing?

The likelihood is that, if you ask any number of consumers how much of their loyalty to a brand depends on honesty, the majority will come back with “a lot”.

While that might be a bit of an assumption, it´s less of a supposition to say that trust goes hand-in-hand with being open and honest. That relationship between trust and honesty undoubtedly extends to the world of business, although it wouldn´t be outrageous to also suggest that subtly bending the truth a little from time to time can come in handy.

It seems to me, then, that like so many things, finding that balance is crucial for brands as they go about implementing their content marketing strategy.

Are there occasions, however, when being “insanely honest” can prove beneficial to a brand? Doug Kessler, writing for HubSpot, suggests there is indeed an argument for occasionally taking the worst attributes of your business, product or service and highlighting them for all to see.

Acknowledge you´re not for everyone

Unless you´re, like, Apple or something, the likelihood is your products or services are not going to be to everyone´s tastes. Don´t be afraid to admit that, as doing so can in fact strengthen your relationship with actual, real customers.

It´s pretty harmless, too, when you think about it. From a consumers´ point of view, it´s hard to be offended by something you think is irrelevant for starters. And who is to say they´re even going to read it anyway, as we assume you have set your content strategy up in such a way that content is primarily being distributed to your target audience?

It´s a bit of an “insane honesty” freebie, then, isn´t it?

Let´s be honest, this is a situation no brand wants to find itself in, whereby they encounter an unwelcome hurdle in their path which asks them to either clear it or simply duck under in in the hope that nobody notices.

What does your instinct tell you to do? Most will say to clear it, of course, but marketers are sometimes guilty of pretending they never saw it in the first place.

Enough of the metaphor already, what I´m talking about is being able recognise that your journey to success is not going to be without obstacles – which will often have repercussions for your customers.

Whether that be some sort of product failure, or failing to meet a deadline, your business will likely hit a snag somewhere along the way. As Kessler says, problems are inevitable, so the key is how your brand reacts to them. Perhaps some bare honesty – putting your hands up and admitting you came up short – could prove the just the tonic?

It´s natural instinct to find ways to bad-talk rather than praise your competitors – however, isn´t that all a bit childish?

Isn´t it best to just allow customers to make their own minds up? After all, if a rival brand commits commercial suicide, it´s not going to go unmissed. Let them try and scramble their way out of it, rather than try and compound their misery and give them an excuse to deflect their woes.

In fact, you should turn the whole dynamic on its head altogether and applaud your competitors from time to time. That´s not to say that you should be pointing out the ways in which their product is superior to yours… But, the odd pat on the back won´t do you much harm.

Perhaps they´ve just made a hefty donation to charity, or they´ve put together a killer piece of content? As long as you have shown that you can match them to an extent, feel free to give them a nod.

If they return the favour: great. If not – well, maybe they´re just not as confident in their place in the world as you are.

So, can honesty really be the best policy for marketers? Have you ever found benefit in being frank with your customers?

If you´re still not sure what an honest marketing campaign might look like, here are some examples…