How To Make The All-Important Introduction Count 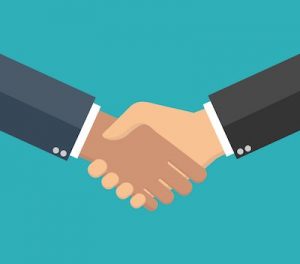 “All children, except one, grow up.” Do you know which novel this sentence acts as the introduction to?

You´re going to kick yourself when I tell you. It´s Peter [fusion_builder_container hundred_percent=”yes” overflow=”visible”][fusion_builder_row][fusion_builder_column type=”1_1″ background_position=”left top” background_color=”” border_size=”” border_color=”” border_style=”solid” spacing=”yes” background_image=”” background_repeat=”no-repeat” padding=”” margin_top=”0px” margin_bottom=”0px” class=”” id=”” animation_type=”” animation_speed=”0.3″ animation_direction=”left” hide_on_mobile=”no” center_content=”no” min_height=”none”][Pan] and Wendy, of course. There are not too many pieces of writing that are instantly recognisable from a single sentence, but J. M. Barrie´s novel is one of the few.

And what an introduction it is – it´s brief, devoid of hyperbole, and yet it does so much. It just goes to show how much a strong introduction can do to a reader, and it´s something we marketers can take inspiration from.

Whether you´re introducing your brand to your audience, or simply trying to engage your readers with a new piece of content, it´s crucial that the opening gambit holds their attention.

So much these days revolves around an air of mystery – just look at Channel 4´s new sci-fi show Humans, which got viewers tizzy with its Personal Synthetics ad, prompting some to call it “the best TV promo we´ve ever seen”.

Is it worth a brand´s time to adopt such an enigmatic approach? Or, as Ello has proved somewhat, is that sense of exclusivity unsustainable? That´s a discussion for another day.

In the meantime, let´s look at the ways writers can implement some of those interesting marketing methods in their content. It´s worth noting that readers of online content might not afford an article the same grace period as they would a novel, perhaps giving 50 words rather than 50 pages before deciding whether or not to read on.

It had better be good, then. Hubspot contributor Neil Patel reckons his tips will see you right:

Barrie was certainly behind this one, with his first sentence coming in at a lowly six words. Why do short opening sentences prove a winner, then? You´re playing up to people´s innate sense of intrigue – the ´less is more´ mantra doesn´t exist for no reason.

The thing is, when it comes to branded content, writers are so desperate to keep readers´ eyes transfixed on their words, they are inclined to be a little too descriptive to prove to them that what they´re reading is relevant. But, if the content is good enough, you shouldn´t have to try and plead with them. Have a little faith.

2. Say something out of the left field

Bit risky isn´t it? Unless you decide to go with something offensive, it isn´t at all risky. As the quote goes, sometimes “the biggest risk is not taking any risk”. So often that rings true, as it´s almost impossible to achieve all that you want without taking the odd chance.

Bringing it back to writing, making that first sentence a little odd or difficult to compute (not through being over technical, I might add) can make people want to read on. It´s the written equivalent of declaring “I have something to say” in a crowd of people – they´re much more likely to turn their heads than if you just started mumbling a garbled line in their direction.

3. Let the headline do its job

So often you will see a writer repeat the title in the opening sentence. What you´re doing there is making the reader read the same thing twice – they´re bored already! Take it as read that they have already read the title and use the opportunity to go with a something more impactful. The headline will always be an important feature of any piece, but you have licence to be so much more creative with the opening few sentences – because where headlines have to stand on their own, intros don´t – so don´t waste it.

There might come a day when technology will allow us to personalise content with people´s individual names, but for the meantime “you” and “your” will have to do. Those personal pronouns are pretty potent in their own right, though, so be sure to shower your piece with them.

Not only does it give the sense you´re writing with them in mind, it gives the impression you empathise with them, you care about them, and you want your piece to ring true with their experiences. Just be careful not to sound too familiar, or it could come across as a little try-hard, and trying too hard can almost be as bad as not trying enough at times.

5. Tell them what they can expect

Dedicate a couple of sentences to what the article is about and why it is relevant to your audience. It´s all well and good being a little obscure at the very start, but soon you´ll have to prove to them you´re not just waffling. However, because you´ve started a little ambiguously, you can afford to be more literal, as it will give your article a nice bit of balance.

Just as in a novel, you´ve got to take the time to set the scene, presenting them with some idea of where the article is heading. Unlike a book of fiction, however, a change of direction (or twist) halfway probably won´t have the desired effect…

6. Reveal a bit of yourself

This can prove a tricky line to tread, but done well it can make a real difference with engagement. Introduce the article by sharing a problem you recently encountered or an ongoing issue your business is facing. The difficult bit is revealing a part of yourself without coming across as naïve or lacking in expertise. If we were to start this article, for example, with “We´re often lost for words”, it wouldn´t exactly affirm our position in the industry, would it?

The trick is to identify common problems that both you and your readers might have. Alternatively, use a previous encounter with a client as an example.

The beauty of a strong introduction is you can end with a weak conclusion… I jest, of course, although it is true that many of those who click on your content won´t make it to the end of your piece.

It´s for that reason, however, that we´d argue that a powerful introduction is every bit as important as a call to action.

Sure, a call to action might be the thing that gets people engaging or sharing, but they might just have made their mind up by the time they´ve got to that…