LinkedIn To Allow Users As Young As 13 To Join 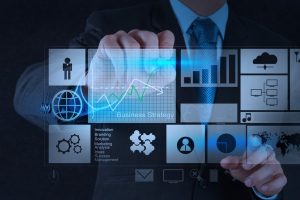 Expect to see young teenagers on LinkedIn? Neither do I.

LinkedIn has the reputation of being the most serious, professional and business-orientated social network. As such, it felt it was right to put an age limit on its members. At present, only adults over the age of 18 can join. However, according to a story I was reading in the Telegraph, it has been under pressure from students and educational institutions and has had to open up to younger users.

As of 12 September this year, the social platform will be open for students aged 14 in the US and for 13-year-olds in other parts of the world, including the UK, LinkedIn revealed to the Telegraph.

The company said that 30 million of its 238 million users are students or recent graduates. But with the drop of the age limit, this figure is expected to soar. Pages of individual companies acting as employers are what bring most students to the platform. This could soon be extended to universities, as well.

LinkedIn´s Christina Allen explained on the company´s blog that students look for information on potential places to continue their education. Social networking could help them make informed choices and interact with universities.

A spokesperson for the social site emphasised that LinkedIn will remain a strictly professional network, but this change will help young people to think ahead in terms of careers and further education.

Whether this will bring significant changes to the way LinkedIn functions and to its user base remains to be seen, the Telegraph noted.

Still, this is another example of how social media is constantly evolving and expanding, trying to reach out to as many people as possible. At M2 Bespoke, we understand the importance of social media for business. Our tailored online content can be used on your company´s website, as well as linking to your social media. This can really help reach out to potential customers, as well as engaging with existing ones. Interested? Give us a call today to find out more about our content generation services.