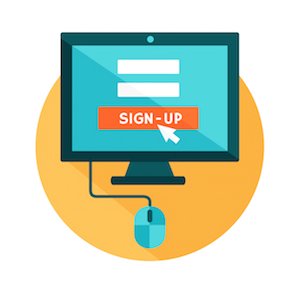 Thinking of expanding your social media efforts but not sure whether the new platform is worth your time and money? You’re right to be cautious.

While the initial sign-up to a new social network won’t cost you a penny, everything that comes after will require resources, which will need to be accounted for.

Getting a return on investment (ROI) from social media is hard enough as it is. In fact, when quizzed by The CMO Survey, 40% of chief marketing officers (CMOs) said their social media campaign is underperforming compared to the rest of the firm’s marketing efforts. In the same survey, just one in ten said they can prove the impact of social media quantitatively.

Maybe, however, the poor ROI is a result, in part, of the CMOs taking too many chances with social media, i.e. banking on platforms just because they’re new, rather than because they’re well suited to their business?

Econsultancy suggests brands have a much greater chance of seeing a positive ROI from social if they scrutinise every new platform before hopping aboard.

It lists five questions that firms should put to a new platform prior to signing up:

1. Does the platform’s users fit the profile of your target audience?

If your target audience aren’t able to be found in their droves on the platform you’re eyeing up, step away immediately. Seriously, sometimes that’s all there is to it.

Each platform has “its own unique ecosystem”, as Econsultancy’s Jack Simpson puts it, i.e. certain content works well on that platform, which might not work as well on others. The question for brands is whether or not they can create content in that mould, or whether it would be a little forced.

3. Do you have the resources to create new and unique content?

Simpson believes that you should create completely new content for a new platform, and I’m inclined to agree with him. What’s the point in seeking to reap the benefits of a new platform if you’re not prepared to commit to new content? None. So if you like the look of a new platform, make sure you’ve got the resources available to give it a good go.

4. Can you commit to it five days a week?

Every new platform requires copious amounts of time and patience if it’s going to work. Gaining new followers is an organic process that only comes with a solid content plan and time spent interacting with those who show an interest in your posts/brand. If you haven’t got the time to commit to the new platform, it’ll all be in vain.

5. What do you want to get out of the new platform?

What can this new platform give you that the others can’t? If you’re struggling to answer that question, it might not be for you.

Don’t just sign up because it tickles your fancy – if you do, your other accounts will suffer and your ROI from social will appear less than impressive. Think of it like dating, only commit if you’re absolutely sure. Sorry for that, but you get the idea…