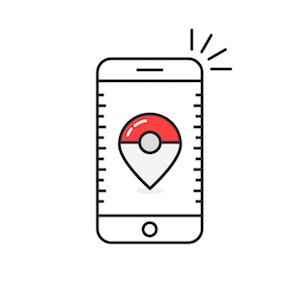 When it comes to Pokemon Go it seems like we are a nation divided. You’re either on board with catching the little critters or scratching your head in confusion at what all the fuss is about. But there’s a third camp emerging – those that are hungry to learn from the huge success of this location-based augmented reality game.

This mobile game which one might have assumed would cater to a very niche audience, has sky-rocketed in popularity since its release in early July. A recent report by Forbes estimated that Nintendo’s valuation has increased by $7.5 billion since the launch of the game – all thanks to some colourful little creatures with exceedingly cute names. How did Nintendo and co. do it? We break Pokemon Go’s marketing game down to a few basic rules – rules which could help inform your business’s marketing strategy…

One of the key elements to playing Pokemon Go is walking around outdoors. So releasing the game at the beginning of summer is certainly no coincidence. Remember how long the holidays seemed to stretch out for when you were a kid? Pokemon Go struck at the perfect time for all the young people winding down at the end of term, finishing exams and looking for something to do with their mates when school’s out for summer.

Think Pokemon Go’s success is due to a big bucks marketing budget? Think again! Most of the marketing was based on that all-powerful and often under-estimated tool, word-of-mouth. As people began playing the game, free, user-generated content flooded the networks, building up a buzz around the product and constructing a community that people want to be a part of. SMEs take note – putting your efforts into creating a social community might well be taxing – but harness their power correctly and you might end up saving pennies that would normally be eaten up in advertising.

If you want to secure the loyalty of your customers, take a leaf out of Pokemon Go’s rulebook and offer them some kind of reward for their loyalty. Dedicated gamers will find themselves advancing to increasingly interesting levels as they continue to play the game and whether it’s the excitement of catching that super rare Pokemon or coming out on top after a battle, the rewards for sticking at the game keep people engaged. And really, engagement is one of the ultimate rewards.

4. Good branding takes you the distance

The aforementioned article in Forbes pointed out that Pokemon Go could be compared to another location-based mobile game called Ingress – one which has been out for quite some time. What’s that you say? “Ingress who?” Unfortunately for Ingress, their level of success was far outstripped by Pokemon Go because of the power of the Pokemon brand. Strong and consistent branding sold the game – perhaps more than the game itself. When it comes to your business, make sure yours stands out.

5. Know your target audience inside out

Despite the cartoon element of the game suggesting it would appeal to the younger generations, a report by Marketing AI states that 40% of Pokemon Go users are aged 25 or older. The creators of Pokemon Go knew that the fans who were enjoying the show when it first came out 20 years ago are now at just the right age to look back on the characters with fondness and nostalgia as well as, more importantly, wield significant buying power. Consider the fact also that research by Silentnight found that adults spend an average of 8 hours and 41 minutes on media devices during a day (more time than they spent sleeping) and with texting while walking becoming such a big thing that New Jersey tried to pass a bill making it illegal – it looks like Pokemon Go is ticking a hell of a lot of boxes for its target audience. Make sure you do the same with your marketing approach.

If you’re too busy catching Pokemon to dedicate the necessary time to your social media or content marketing needs, why not let us help out? Contact M2 Bespoke today to find out what we can do for your business.