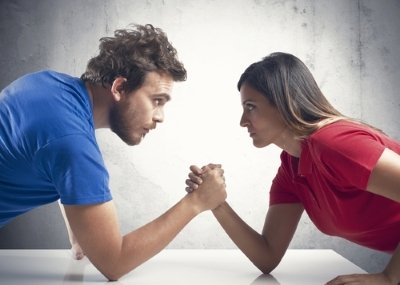 In a blog piece a couple of weeks ago, I brought into question the practise of mudslinging in marketing and if it is ever a good idea. The responses from my network on LinkedIn have once again been thought-provoking – with a clear majority coming down in favour of one side.

Most experts believe it rarely pays to take a sly dig at your competitors. Instead it´s best to let your good work do the talking, which will naturally cast a shadow on others´ inferior work.

Jan Pearce, group social media manager at the Prysm Media Group, says that it doesn´t sit comfortably with her to attack competitors, but she sympathises with brands in certain circumstances.

However, she added: “If you´re good enough at what you do, though, and have carved a great reputation, is there really any need?”

Paul Magee, managing director, Social Heroes, is in agreement. He says that brands need to have faith that consumers will come to their own conclusions on which product to opt for.

“Taking shots at competitors may well show an insecurity within your own company that might be picked up on by the consumer and should usually be avoided,” he said.

He does believe, however, that it´s almost acceptable if a brand can do it in a way that makes it clear it is not merely a bitter attack. “When done comically, like the guys from PS4 saying that their USP is ´We´re not Xbox´, that went down a treat,” he pointed out. “But only when they knew they were dominant in their race for position at the top.”

Shaun Parker, at Intalyse, also sees the value in witty competitor-mocking ads, highlighting the Audi versus BMW billboard war which went viral a couple of years back. He claims negative campaigning is “now firmly established” and that it “works for some brands”.

Richard Turrell, global digital marketing specialist at the FiveTen Group, tends to agree, although he says it must be carried out with a deft touch.

“Clearly, slating your competitors at every opportunity is not a long term strategy,” he said. “But… if a leading brand remains disconnected from their audience, it does create the opportunity.”

Most of the people I heard from, however, say it involves walking a tightrope which does not have sufficient rewards at the end of it.

“Getting down into the gutter with your competitors is only ever going to drag both brands names through the mud – and whatever else is in the gutter,” he said.

Do you have anything else to add to the debate? Also, how important is it for brands to have a sense of humour?