How Hashtags Can Help Your Business 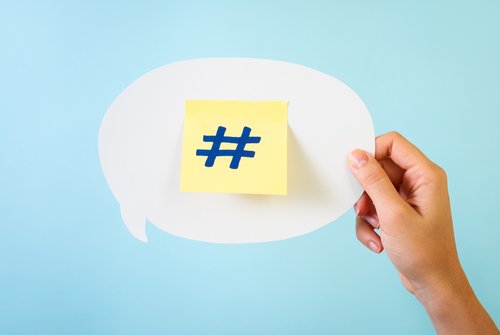 Have you got to grips with the hashtag yet?

Hashtags have become an inseparable part of modern culture, stepping outside the world of Twitter, where they were intended to belong. Shortly after they were adopted by Facebook, hashtags were also incorporated in search, giving them even more importance.

Regardless of whether you approve of the (sometimes annoying) use of hashtags in everyday conversation, the truth is, hashtags are extremely useful for marketers. When added to content, they become more visible and help you keep up-to-date with the latest updates and posts on a topic. Hashtags now appear in Google´s organic search results, as well as on Google+, Yahoo and Bing.

So how can you make hashtags work for you? First of all, make them obvious. This means that they should be included in all forms of campaigns, not just on social media. The more users are exposed to a hashtag, the more memorable it becomes. Also, make sure your hashtag is not vague or hard to read, as this will just confuse users.

When you use hashtags, you facilitate discussions, so don´t be shy to use them. You can also keep an eye on hashtags via Twitter Trends and Google+ Hot Topics, to find ones that are relevant to you, allowing you to jump in the conversation.

One of the best uses of hashtags is to promote events. Online announcements containing a hashtag tend to go viral very quickly and reach wider audiences. Naturally, if you have more people engaged with an event, chances are you will have a larger turnout. They´re also a great way of spreading the news of special offers, promotions and anchor campaigns.

If you´re new to hashtags, perhaps it´s time to give them a go?