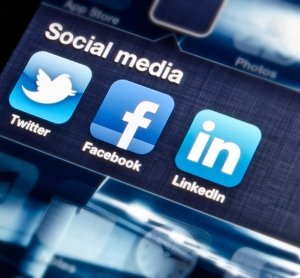 The Internet doesn´t have opening times, of course. It always ready and waiting with open arms for you to come in and use the service. It does, however, have its optimal times. For your social media campaign, it´s crucial you have a knowledge of what they are. Much like being the sole customer in a shop, there is an awkwardness that permeates the air upon your arrival to a somewhat deserted site. Over the weekend I came across an article on the Business2Community website, which outlines when is the best time to get posting across the different social media channels, to avoid your entrance being met with silence.

Social media management software company Buffer found that engagement rates are 18% higher on Thursdays and Fridays, indicating that people are heading to social media outlets in anticipation of the forthcoming weekend. Marketing firm BlitzLocal highlighted in its research that people – somewhat predictably – log on for longer periods when their free time increases. They found that engagement was 32% higher on weekends, so posting towards the end of the week will see more people staring back at your content.

It´s a not-too-dissimilar picture for Twitter. Buffer says that Twitter engagement for brands is 17% higher on weekends, with Click-through links also seeing more action. Some conflicting data, however, suggests that Twitter is a platform which may require some trial and error to see what works best for your brand. Business2Community says that targeting commuters is a failsafe way to ensure engagement, as Twitter´s constant updates make it an ideal place to kill half an hour. Just remember that it´s likely to be a consumer audience as opposed to a business audience at these times.

LinkedIn is a business-orientated networking platform; as such, much consideration needs to be given to your target audience´s working hours (taking into account time differences). People tend to log on at the start and the end of the working day, to see what´s happening across their network of contacts. However, although people may dip in and out a few times across the course of the day, there is more focus on carrying out tasks rather than seeing what´s being posted.